Am1404a cannot be found. Are there other alternative ?

... National Semiconductor MM1404 N ..... 50% failure rate. These are the "genuine" ones. Many Chinese forgeries being restamped 555 timers ... these only get hot and melt your IC socket if used in an Apple-1 build. The upside is that original MM1404 are the only 1kx1 shift registers which work in a  LSTTL Apple-1. I now regret I sold them with my early kits. I only have one LSTTL Apple-1 running myself.

The ugly truth is that there are gazillions of these allegedly "rare" Apple-1 ICs (1404, 2504, 2519, 2513) in stock at the IC broker houses but currently there is pandemonium in this scene as the phones ring off the hook non stop ... desperate purchasing departments throughout all  industries  try to get ICs which are modern but sold out ... nobody cares about the "peanuts" the Apple-1 crowd can bring to the table.

The "COVID" gangsters are taking the world economy down right now. Next they take the FIAT toilet paper money down. And then you will get your "GREAT RESET" - "you will own nothing and be happy".

My advice ... get one of my IC kits as long as you can. 3 left this year. 50 more next year. And then it's over and out ! And I gladly sell you these fine ICs for GTP ! (Green Toilet Paper - "In God we Trust"- what a scam ! Always has been. For 2000 years). You can also have one of my IC kits for 1000 rds of 7.62x51 NATO or  Russian  made 7.62x39 - the AK47 is not precise but it works ! Sorry I don't take 5.56x45 ! The AR-15 is very precise but too finicky! No wonder they lost the war in 'nam. But I still love the pop music from the time where I grew up ... the "vaccine" scam has killed more Americans than the whole Vietnam war. Will these victims get a nice memorial with all the names and date of death engraved in marble  like our fallen Vietnam war heroes ?)

The original Signetics 2504v part is quite rare and expensive chip. I bought 10 pieces, of which 2 turned out not to work. 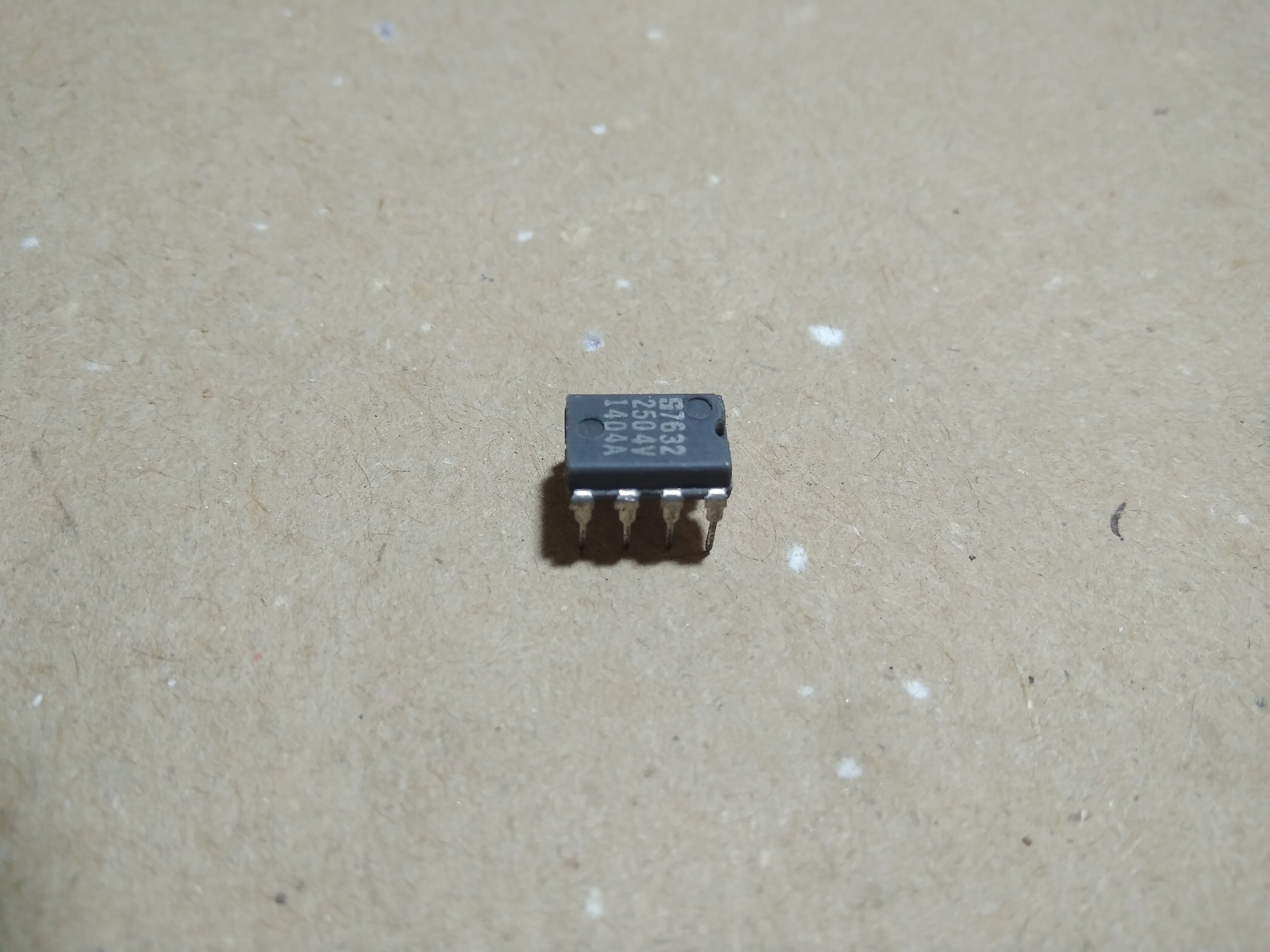 The 1404a is an analog of the 2504v, just from a different manufacturer. I had at least 100 of them, only 2 out of them were not working, one at once and one after 15-20 minutes of work began to throw up garbage characters on the screen. 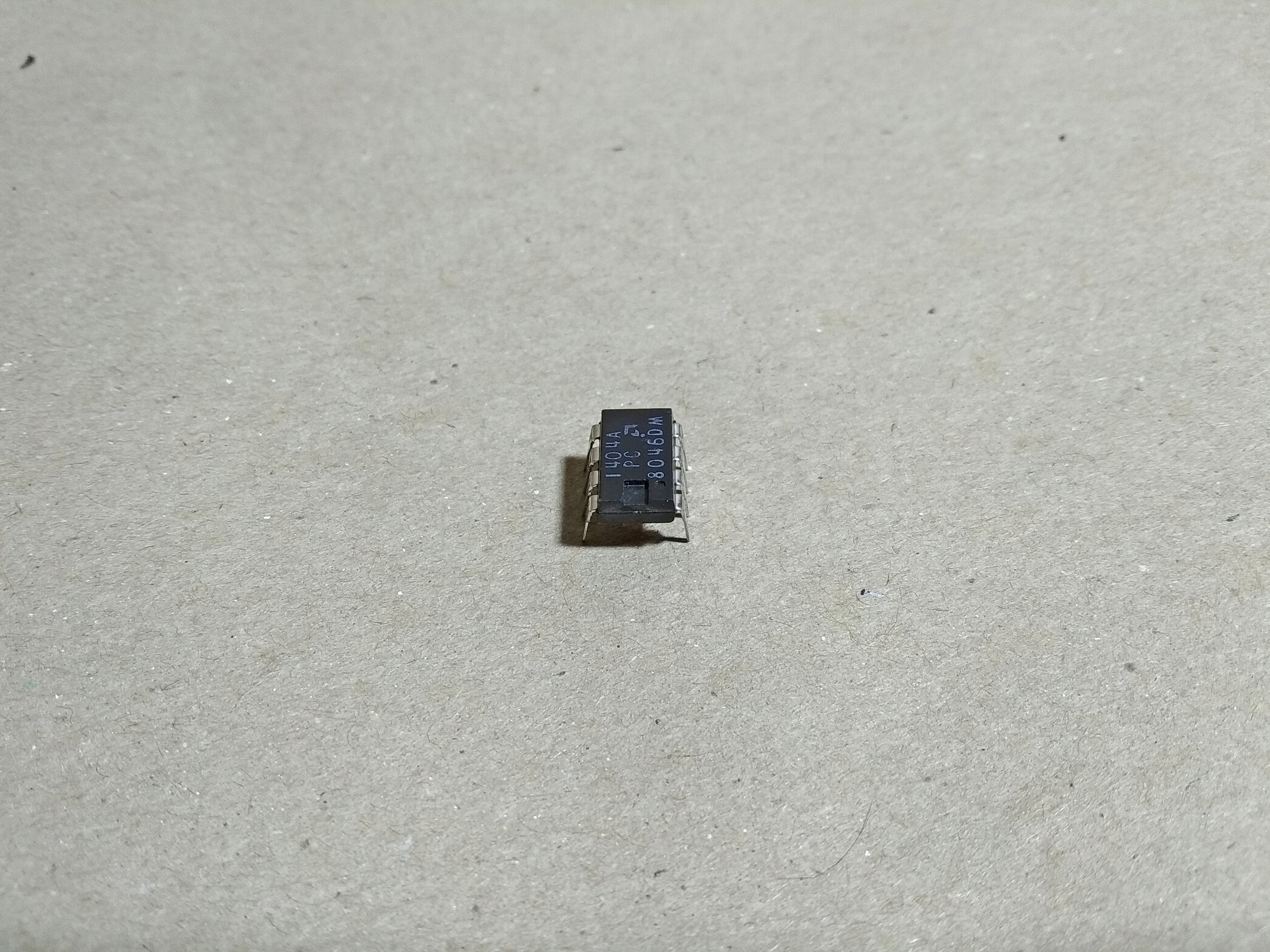 The problem is that the production of these chips ended in the late 70's, early 80's and now they are very difficult to find. There is also a third option - to use these chips in TO-99 package, but they are even harder to find... 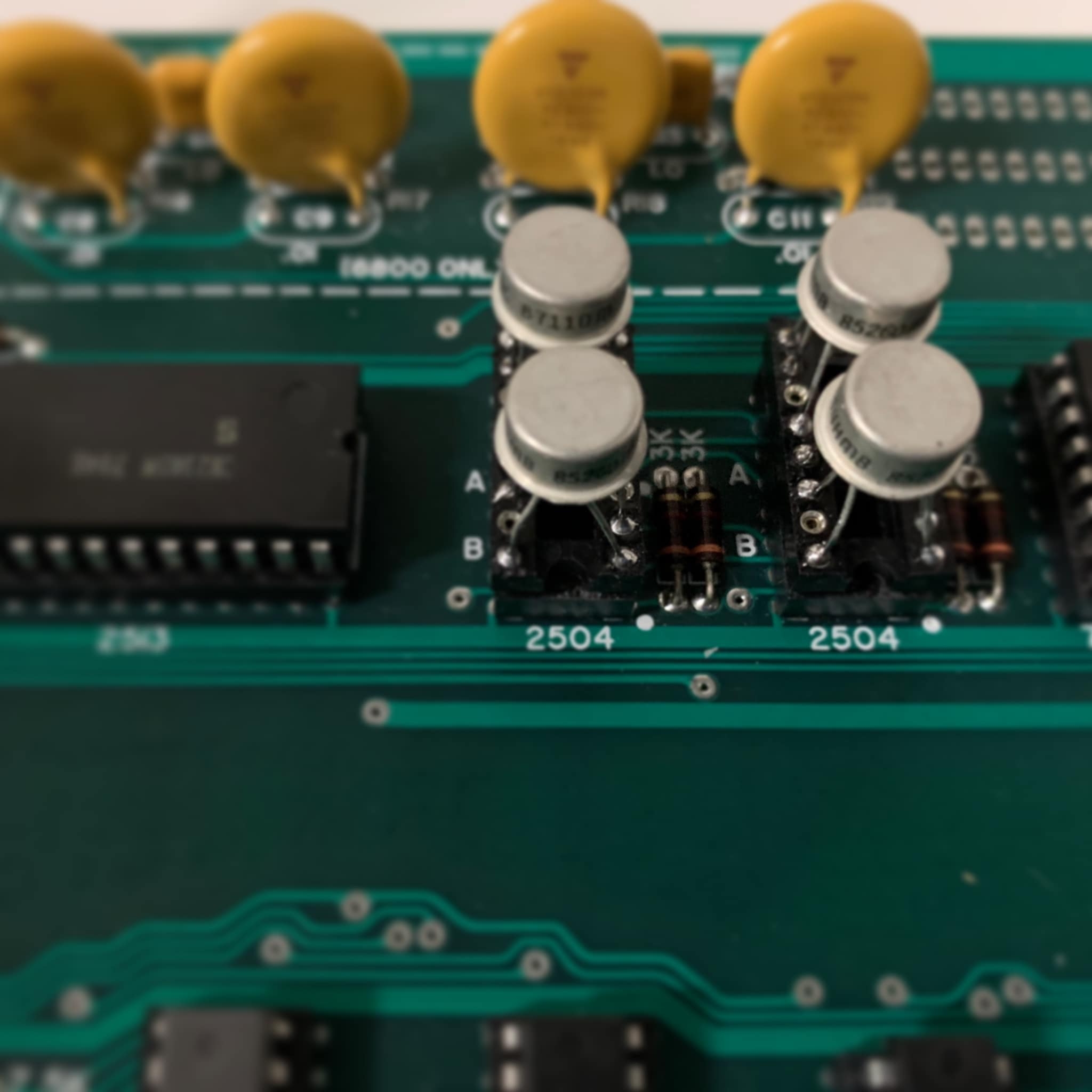 "There is also a third option - to use these chips in TO-99 package, but they are even harder to find..."

When I searched for the Signetics 2504 two years ago, I called many IC brokers on the phone and ran into one who had somewhere between 3000 and 6000 of the original Signetics 2504 in TO metal can in stock at a reasonably low price (I don't remember the exact numbers). These don't move since 40+ years so they wanted to get rid of them. I had hoped for the grey plastic package version so I was disappointed and did not buy any. I suspected the Apple-1 crowd would reject them because there were no Apple-1 originals with the TO metal cans (AFAIK, maybe Corey knows more).  Alas, I don't remember which IC broker that was.

But as I mentioned in my post #2 above, the problem is not that these ICs disappeared over night. The only buyers are from the Apple-1 clone builder crowd and as this crowd is small, it is impossible that stocks numbering many thousands per type evaporate over such a small period of time.

The problem is that the electronics industry is currently struggling to find more modern parts and the IC brokers focus on finding these, because they make a killing if they find them. It's a gold mine. If you are a car manufacturer and 1000's of cars being produced lack an IC and can't be delivered due to this, you will pay any price to get those missing ICs. Same story everywhere, throughout all industries: every machine with IC inside somewhere may be affected. Here in the USA it's so bad that 4 year old used pickup trucks sell for more then the list price of a new one, because the new one can't be had !

I'm myself affected, too, because I did not buy all parts needed in my kits up front, just the ICs, and I was stupid enough to sell some of the rarer ones off before I had the idea to make complete kits. I know I can get the missing ICs but I can't get some connectors, the 6-pin types I want seem to be sold out everywhere. Imagine, one connector worth $0.35 which is missing may mean that a machine worth 1000's of US$ may not be finished and just sits around until the connector magically appears !

The whole industrialized world has massive supply chain problems now so it looks like an intentional demolition - "pull it !" - and the whole edifice comes tumbling down into a pile of rubble. Whether it's stupidity/ineptitude or intentional/malice does not really matter for the outcome. The "just in time" delivery method and keeping no stocks of parts at the factories certainly contributes. The shortages are everywhere: canneries ran out of certain sizes of cans, builders can't find certain fasteners, breweries ran out of bottles, and ammunition for small arms is nowhere to be found (other than at usurious prices in small quantities from private sellers). Maybe after the collapse the ammo will be used as the new currency, who knows. I've heard this conjecture since years and always took it as a joke, and laughed. Now I don't laugh anymore !

The am1402a,3a,and 4a are 1024-bit silicon gate dynamic shift registers. the low threshold characteristics of this tech-nology allow high-speed operation and DTL and TTL com-patibility. the am1024a is a quad 256-bit device; the am1403a is a dual 512-bit register; and the am1404a is a shigle 1024-bit register. all three devices require two-phase non-overlapping clocks, and provide a one-bit shift on each clock pulse. the am2802,3 and 4 registers are functionally identical to the am2802,3 and 4 registers are funcionally identical to the am1402a,3a and 4a, but are guaranteed to operate over frequencies form 400hz to 10mhz.

This was a prototype board.  Many things on it were different at the component level but were still wave soldered llike the rest.

Thanks for the information, because this board is really quite different from the others.