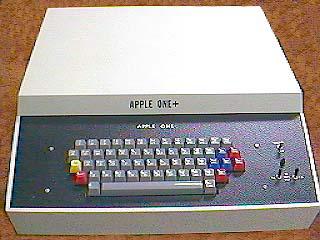 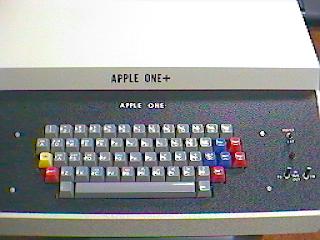 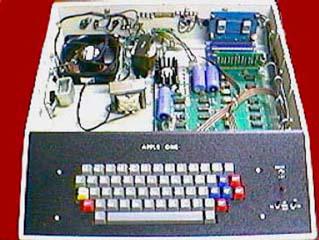 The lid had five screws to hold it in place, though Joe kept the cover loose. Once the computer was up and running, there was little need to remove the lid unless you wanted to look at the cassette interface LED, which is why Joe mounted one on the front panel. 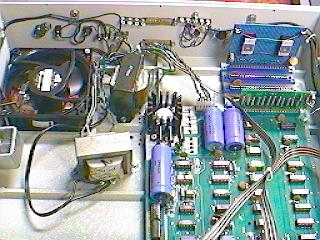 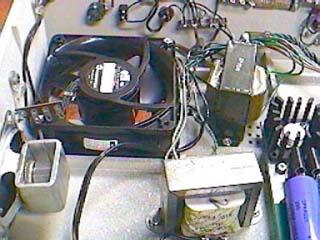 These are the two power transformers need to power the Apple I along with the fan that Joe chose. The speaker is mounted to the side of the cabinet, below the fan. The fan ran off 110V; the switch for it was on the back. 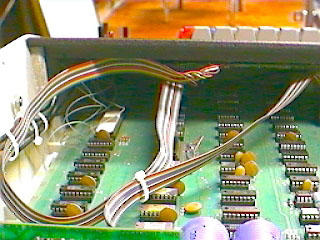 This is a view from the back of the computer. You can see the cassette infterface card in the lower left corner, the many rows of chips are the memory. The last chip in the left row, color white, is the cpu, a 6502. 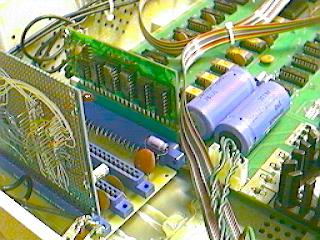 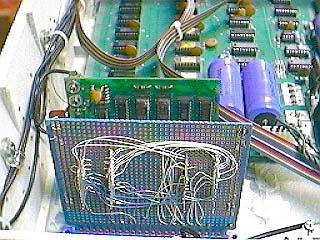 Manufacturer:
Apple
‹ PR-40 in the SWTPC Catalog up Connecting a Teletype ›