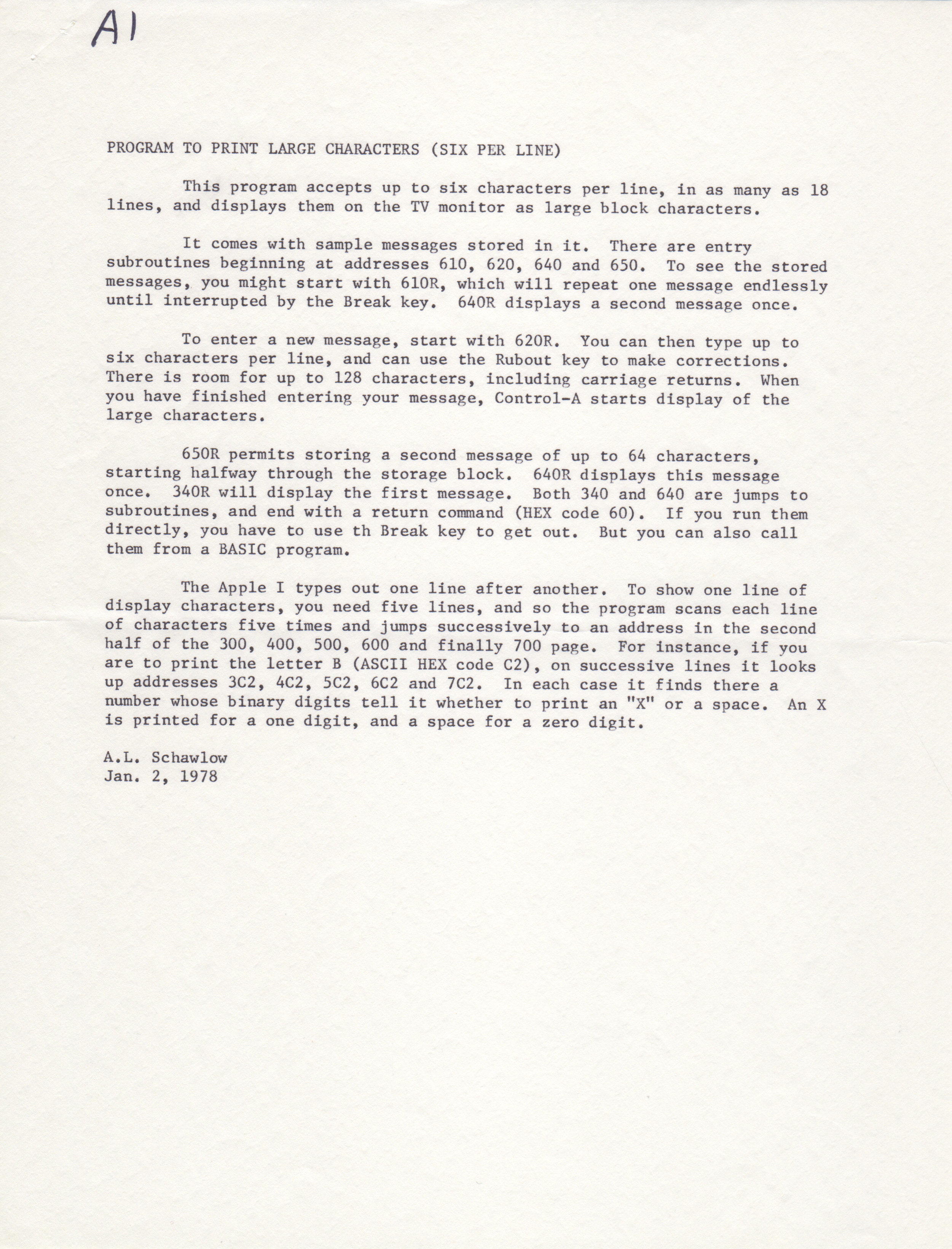 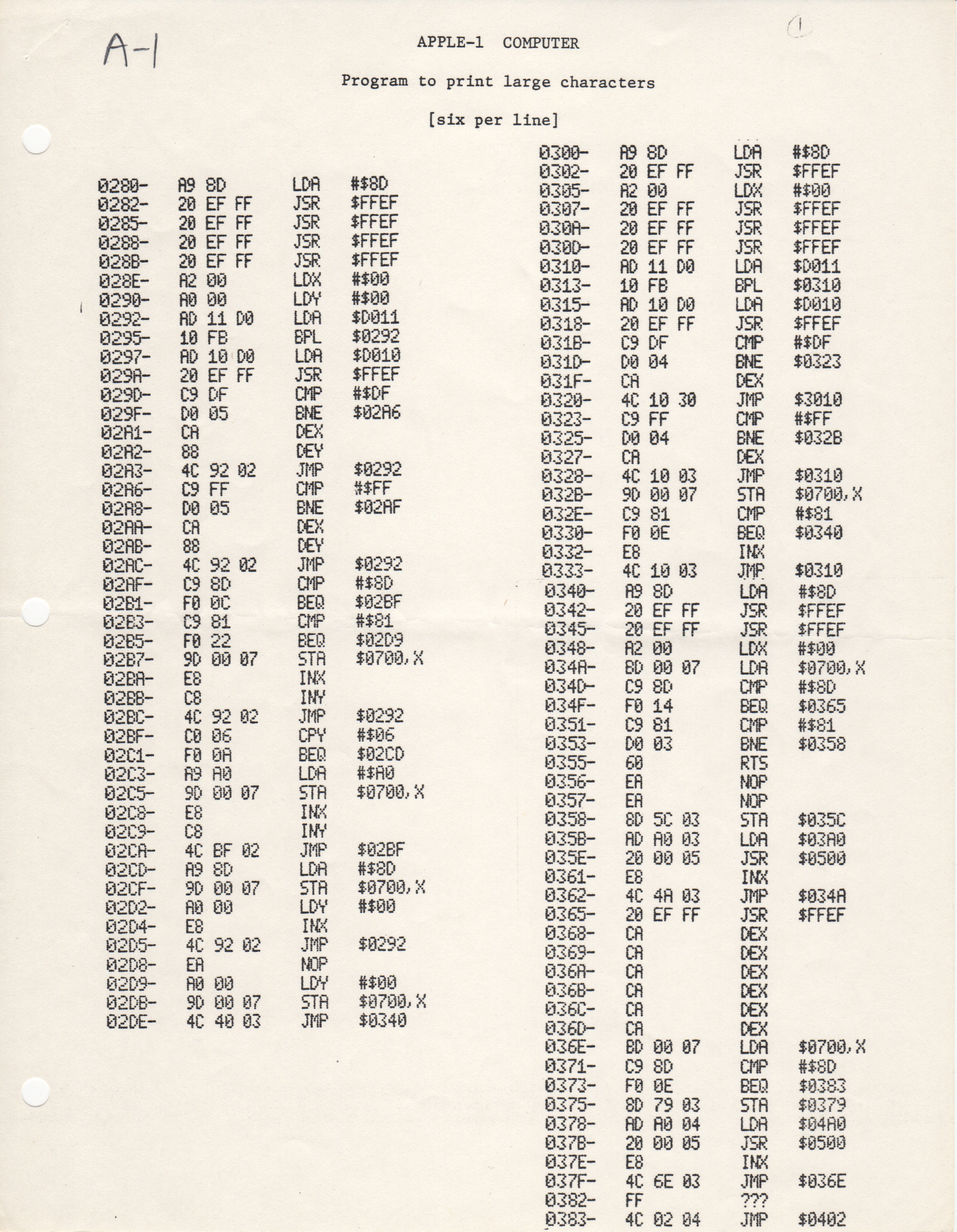 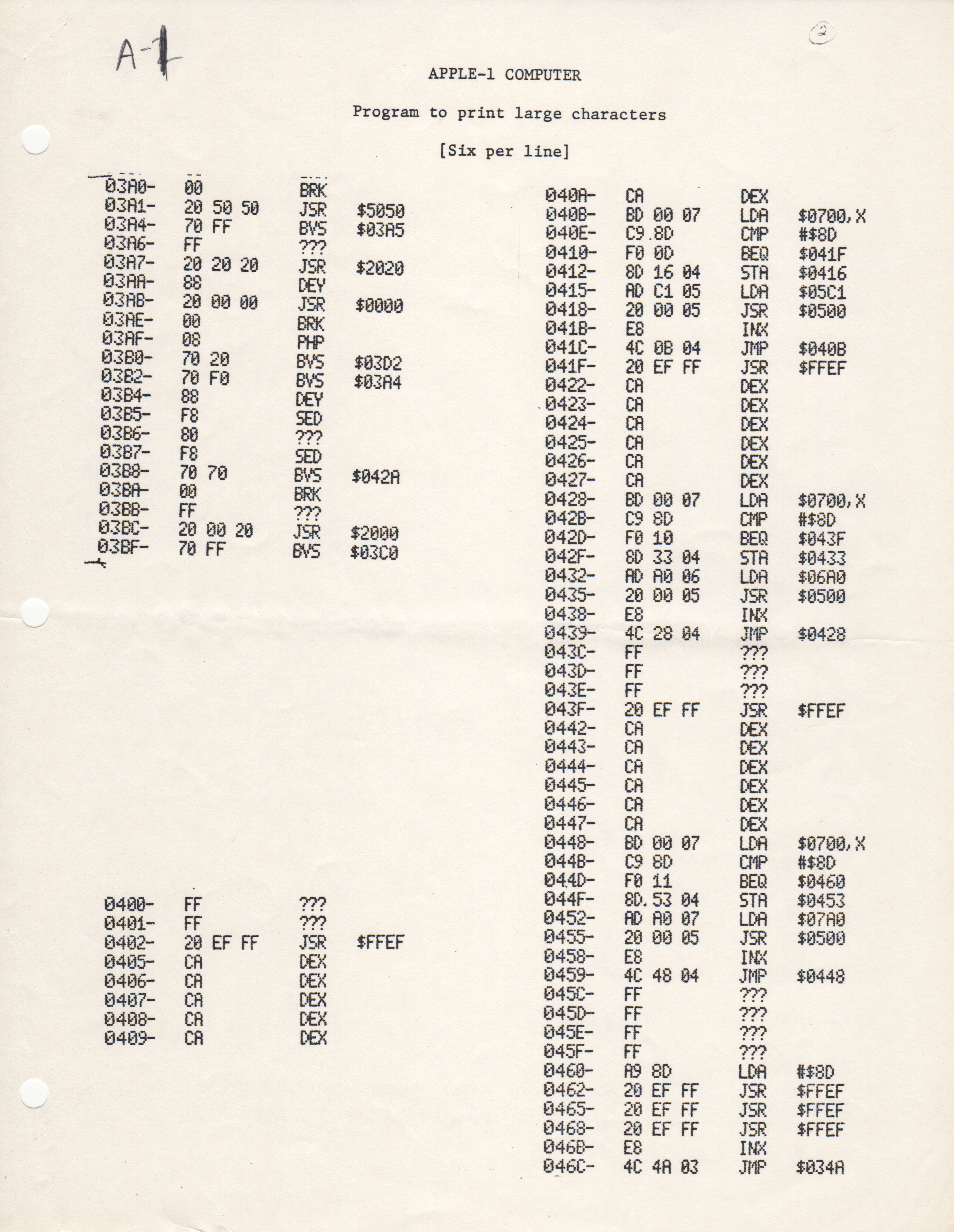 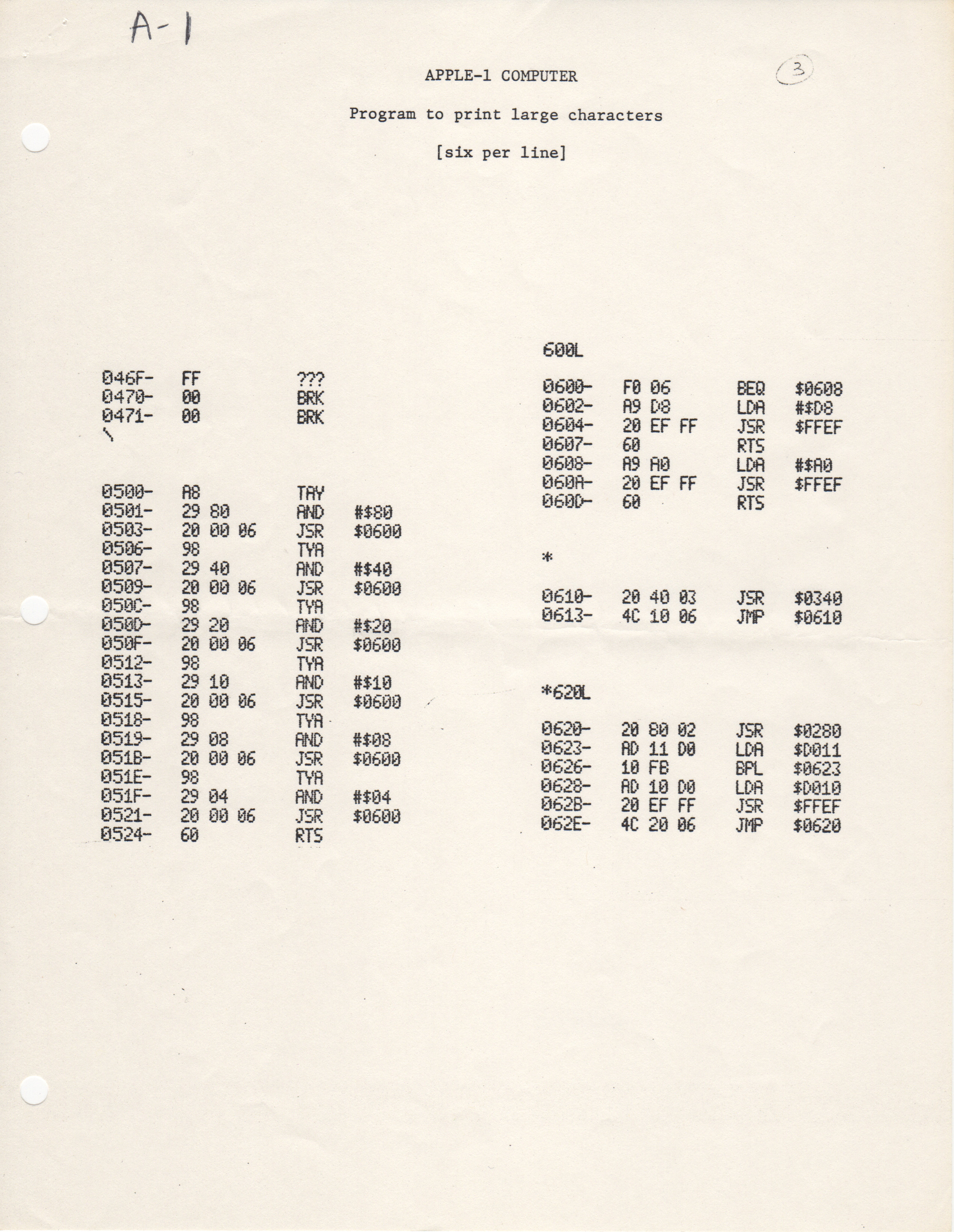 This program accepts up to six characters per line, in as many as 18
lines, and displays them on the TV monitor as large block characters.

It comes with sample messages stored in it.  There are entry
subroutines beginning at addresses 610, 620, 640 and 650.  To see the stored
messages, you might start with 610R, which will repeat one message endlessly
until interrupted by the Break key.  640R displays a second message once.

To enter a new message, start with 620R.  You can then type up to
six characters per line, and can use the Rubout key to make corrections.
There is room for up to 128 characters, including carriage returns.  When
you have finished entering your message, Control-A starts display of the
large characters.

650R permits storing a second message of up to 64 characters,
starting halfway through the storage block.  640R displays this message
once.  340R will display the first message.  Both 340 and 640 are jumps to
subroutines, and end with a return command (HEX code 60).  If you run them
directly, you have to use th Break key to get out.  But you can also call
them from a BASIC program.

The Apple I types out one line after another.  To show one line of
display characters, you need five lines, and so the program scans each line
of characters five times and jumps successively to an address in the second
half of the 300, 400, 500, 600 and finally 700 page.  For instance, if you
are to print the letter B (ASCII HEX code C2), on successive lines it looks
up addresses 3C2, 4C2, 5C2, 6C2 and 7C2.  In each case it finds there a
number whose binary digits tell it whether to print an "X" or a space.  An X
is printed for a one digit, and a space for a zero digit.

Computer Type:
Apple I
Manufacturer:
Apple
‹ Stopwatch for the Apple II up Results ›