In the mid 90's I found a gutted old Apple at a garage sale (in Half Moon Bay, near the Valley) and bought it. It was gutted in the following ways: the label was removed, and the power supply was missing. However the motherboard was still in it and the case was in good shape. Always being interested in old computers I bought it and put it in my attic. Since then I have collected a working Apple ][ and Apple ][+.

I have decided to clean things out and thought it was a good time to play with this hardware and decide what I would keep.

I looked at the gutted Apple tonight and realized it is older than the Apple ][. Some things were interesting:
- The silk screen on the motherboard is yellow, where as
on other apple motherboards it is white. (i.e. markings for "ROM", etc).
- There was a unpopulated large pin area along where the power supply would be
- The RAM chips are hand labeled by stickers
- The speaker is a self contained white plastic thing
- On the marked Apple ][ there is a card underneith the keyboard, where as the gutted apple doesn't have this
- Most interesting: ** Nowhere on the motherboard do I see "Apple Computer, Inc." **

My *guess* is that maybe one of these is true:
1. This is a hand assembled prototype from inside apple.
2. This is a first revision board of which maybe there were not many made
3. This is some do-it-yourself apple ][ kit

I was excited that it was an Apple 1, but I have seen pictures of the Apple 1 motherboard and it just doesn't look like it. (Darn!).

Does anyone know anyone who could shed some light on this? I would like to know what it is.

It could help if you took a snapshot of the board

Aside from the other request for a snapshot,
does the motherboard have ANY markings from
a manufacturer? Is the case an Apple case or
is it different from your Apple ][ that you
have that works? Are there any peripheral
boards in the slots of the motherboard? Do
they have any manufacturer markings? Is there
ANY serial number or Revision number? That
large pin area sounds like the power supply
connector for the board. MAYBE...just maybe
you MIGHT have a prototype, but we would have
to see a screen shot to be able to tell more.

Good luck with your research. Maybe others here
can be of more help. That's what makes these
old computers fun!

Sounds like an Apple II clone to me. With a pic I could tell you for sure.

It probably is a clone. Maybe a very EARLY unit, to say the least. I've seen older Apple II hardware that sounds similar though, keyboards with no daughter, the encoder chip onboard - and an obviously hand-drawn etch. And these are Apple branded keybaords. I've also seen an Apple branded (or Astec, can't remember) power supply that was very different from the brass-brick we're all used to, it also seemed to be an antiquated, if genuine Apple II subassembly, but I couldn't see how it would fit.

Couple of questions, though:
1. Does it have RAM headers? on the left side of the board, some not-chip thingies in IC sockets, possibly marked something like 16K-16K-16K?
2. What ROM does it have on it (which BASIC prompt do you get on bootup)?
3. What does the keyboard's power light look like? I've got somewhere those same-old single-baord keyboards that have instead of the familiar square bezel, a power light that looks like a key with a white top that says "POWER" instead.

I still think it sounds like a clone, but based on some parts I have in some bins that I haven't looked in in years, it could also be a first-run rev 0 machine that has been either modified, restored, or repaired sometime in the past. I also seem to recall having seen some genuine motherboards not sport the corporate brand on them. Sometimes we may forget these things if we are only looking at rev 7/Autoboot machines all the time.

At our user groups 25th anniverary meeting a member brought his Apple II serial # 92. It's original except that the ROMs were changed to Applesoft ROMs as was common at one point. Here's three of the Pics I took

They're pretty big files but you get a lot of detail.

Holiday planning has zapped all my free time. I will take photos soon. I enjoyed looking at the serial # 92 apple, but I have to report that this is different - and at least in my opinion - looks older. Photos coming soon!

This took longer than I had thought. I put them up on a fortune city website. Here is the link. Email me with your questions, comments and ideas: 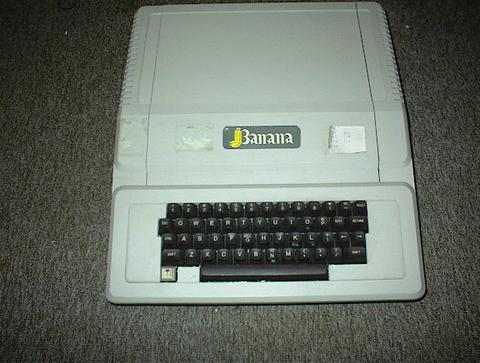 I found this on the www.apple2clones.com page