I have several Apple ][+ machines I am trying to return to functional...   this one is missing it's badge on the cover, and the internals look different from all the others.

I am including some photos to show what I mean.. 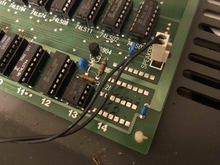 It has these 16K Memory Select chips along side the memory banks. 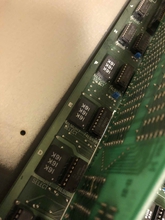 There is no resistor near the power connector. 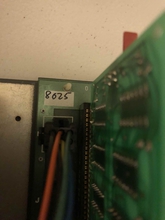 There are no disc capicitors in between the slots. 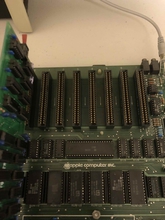 The case screws are recessed and steel, not black. 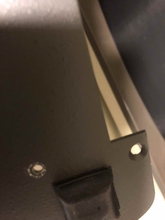 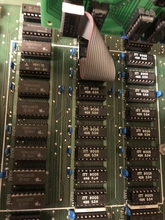 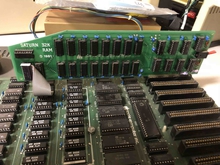 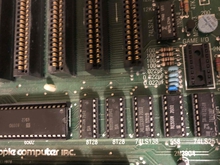 Here's the sticker on the bottom. 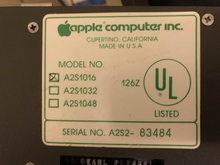 Well, what can you tell me about this Apple?

Currently I am trying to repair the power supply, and also get this computer to boot from a Disk ][ drive (and yes, the drive and card are both good.  What happens is when I attempt to boot, the drive corrupts/erases the floppy.  If I take the drive and controller to a different Apple ][+, all works well.)

It's a rev 4 apple II not a II+ although it has Applesoft ROMs right now.

A lot of integer basic machines had their ROMs replaced with Applsoft ROMs.

The power supply on this has failed.    It is quite different from the "gold" box power supplies.  Should I attempt to repair?  Any value in keeping it as is?  Or should I gut it and replace the contents with a Reactive Micro Universal Power Supply?

Correct. I somehow misread the number.

There isn't a lot of value in a rev4 ][+ these days (you aren't going to sell it and retire to your own private island or anything), but I would still probably repair the supply or at least not replace its guts with something different.  If you just want to use it, but a whole other power supply and keep the original one for later.