I am building the Apple 1 kit and need help.  Checked all soldering and power supply.  Did not populate the CPU section since I cannot get past the display driver starting up.  Stuck at the section where it is suppose to display the test pattern in the documentation.  Never got that.I have a scope and can look for problems if I know what I am suppose to look for.  I thought that my old CCTV monitor could be the problem (works with old VCR) so I borrowed a friends Apple //c monitor.  Same issue.

Mimeo board and I followed build guide.  All parts from Unicorn (Apple1PartsKit ).  Soldered for 40+ years, very neat job and double checked all sockets, caps, resistors.  Checked all Power and everything matches.

I followed the instructions from jwbavalon

Hi eackerman,  my suggestions are for the Mimeo board but should help.  You may want to start a new topic and describe your setup and what you have done todate in detail.

Once you reach step 4, use your scope to observe pins 1 and 5.  They should be very similar.

Once the videop is working properly, then populate rows A abd B.

After Step 1 here is what I get on the screen.  I have pulled the power a couple of time and everytime it shows the same thing.  What could it be?? 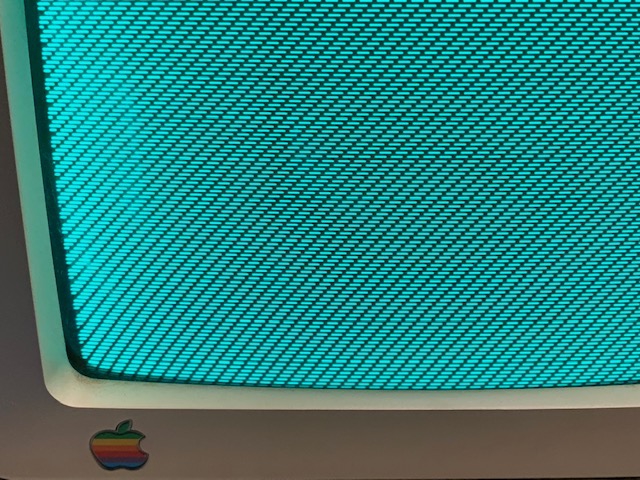 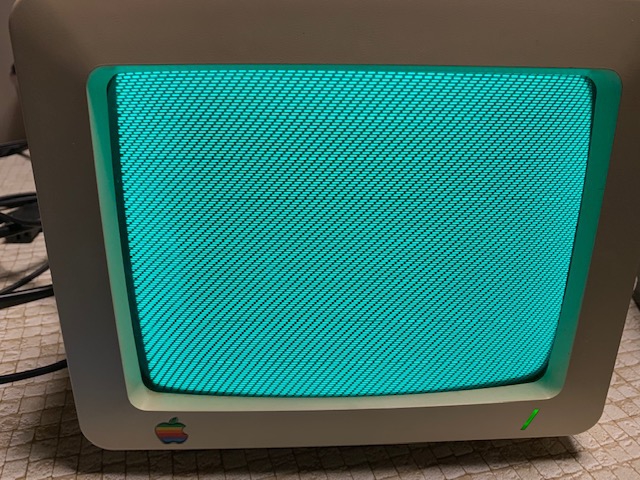 Anyone following this thread.  We spent some time yesterday messaging back and forth.  I think there is something up with the video sync circuit, not the 74166.  I think it's at least one of the 74161 counters, but he doesn't have many spare parts, and texting back and forth isn't easy.   Since "eakerman" needs this for a presentation this month, I asked him to send it to me so I can sort it out.    I will post the results when I'm done.   The good thing out of this effort was my actually taking pictures of scope readings so I can start a collection of Apple-1 oscilloscope pictures for key areas of the video section to make it easier for people to isolate and troubleshoot.

Actually I am following this thead, as I too am having issues with brigning up the termainal section.  I have been collecting spare chips (just in case) and am purchasing a CRT monitor (in case the LCD monitor is my problem)  I have double-checked my soldering.  So I will be attempting to use the troubleshooting steps outlined above soon too.

Thank you for posting this is VERY helpful!

OK, here was the summary.

So when you have a problem you need to trace back from the point of the issue, here it's the video isn't working correctly.  Not the terminal characters, we aren't that far.  Using a scope  you check the transistor and resolder video connector just in case, then you move on to the 74166 and the 74175.  Those looked good.  Now the sympton did look like a sync issue, so unless the 74166 is throwing garbage on the line, the downstream of that one should be good and it mostly was (we will discuss 2504 issues later).

So following back from the 74175, to the hsync signal which is created by a bunch of counters and logic chips.  Which lead me to the 74160 at D6 and the 74161 at D7.   guess what... it was both...  Not sure if one caused the other to go bad since they are interconnected, but replacing those fixed the video sync.

Now before we go on, let me make one important comment.  Don't use the video ground for your scope.  It's very noisy.  I shove a wire into pin 7 of the C1 socket.  This gives me a little flexibility in moving around the board quickly and I know I'm getting a mostly clean ground.   Also another note please, please check your power just like in the Mimeo build guide before your first power on with chips, but don't just  check it with a voltmeter.  Use an scope to see how noisy your power is, this will help later when you have issues.  There is always some noise on the Apple-1 power, you just don't want too much.

OK, now I got the video section started, but after about 5 minutes, the 7404 at D12 failed.  Next up the dreaded 2504V, not really dreaded, but these things are expensive and it's hard these days to get a perfect set out of the gate.

Now I generally share SpeedyG's troubleshooting chart for most people to use when the character generation isn't right in the video section, but I personally just look at the characters that are wrong in the boot screen, and use the GI 2513 data sheet  (the Signetics sheet sucks) to figure out which 2504 is stuck, then I trace it back to the 2519 and replace the 2504 on the input line to the 2519.  Takes minutes and I don't have to swap much since the character display is made up of a pattern of 000000 and 111110 so it's really obvious which chips are bad.  You also need to check after pressing clear screen to make sure a bit isn't stuck in a good state for the start up screen, but bad for a blank screen.

OK, now onto the CPU section...  Added the jumpers, and turned it on, but the system wouldn't reset.   I checked all the signals to the 6502 and then noticed it was a newer 6502 (should have noticed it right away,  but I didn't, I was on a roll and kept moving forward till this issue).  Newer 6502 don't work in the Apple-1 since there was a die change sometime in the mid 80's, you should only use 1984 and earlier 6502 in case anyone was wondering.   I won't get into how I double checked this to not confuse people.

Everything now worked, check out program was perfect.   Plugged in the ACI, fired up the iPod and loaded basic on the first shot.  Next I loaded Star Trek 8k and played a round or two to make sure everything is great.    Cleaned the board up with some liberal spraying and immersing in ISP, let it dry overnight and repeated the power on test this morning.

Now to just get this Mimeo back to it's owner.

Thank you for all of the very detailed information and steps.  I have seven extra 2504 shift registers as I heared about how bad they can be.  I have been using my scope on another project to learn how to prorperly read and use it (I havent grounded my board yet to ensure it stays isloated as I dont want to kill it :-)).

I am waiting one one more set of chips to arrive and I should be all set with everything need to troubleshot the board.  Its been a good learning experance so far.

Once again THANK YOU for taking your time with all of that detail.

My machine is done!!!  A big THANK YOU to Corey who really went above and beyond to get me up and running!! 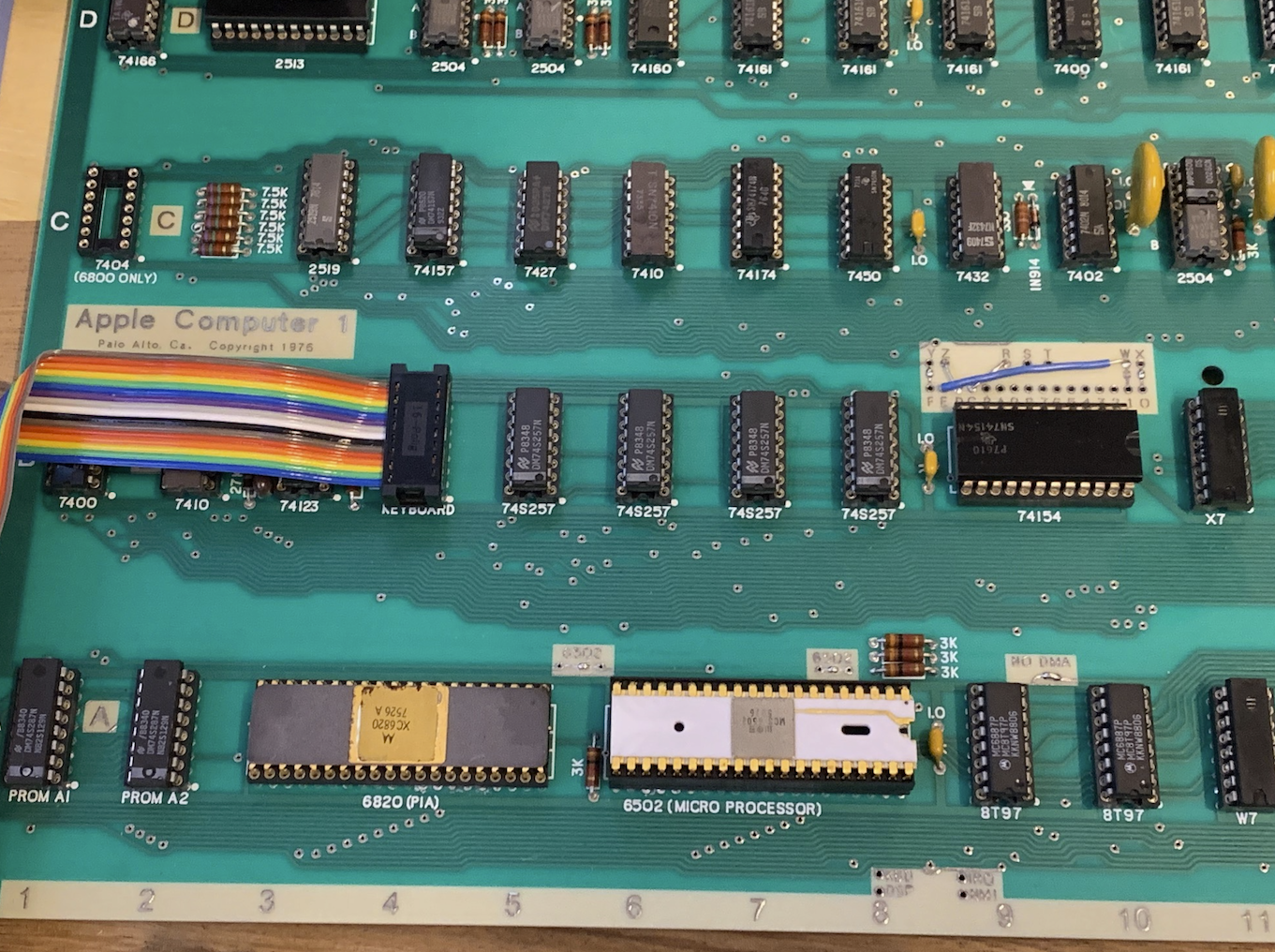 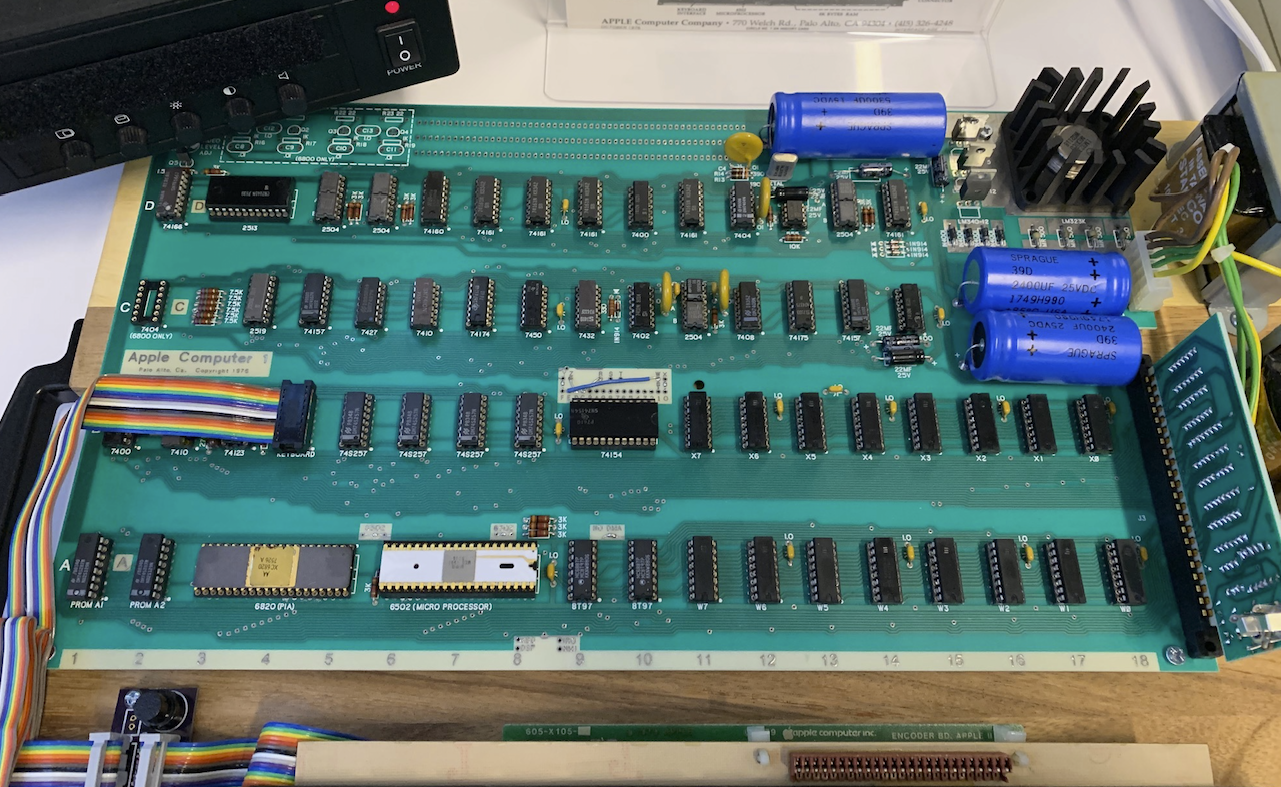 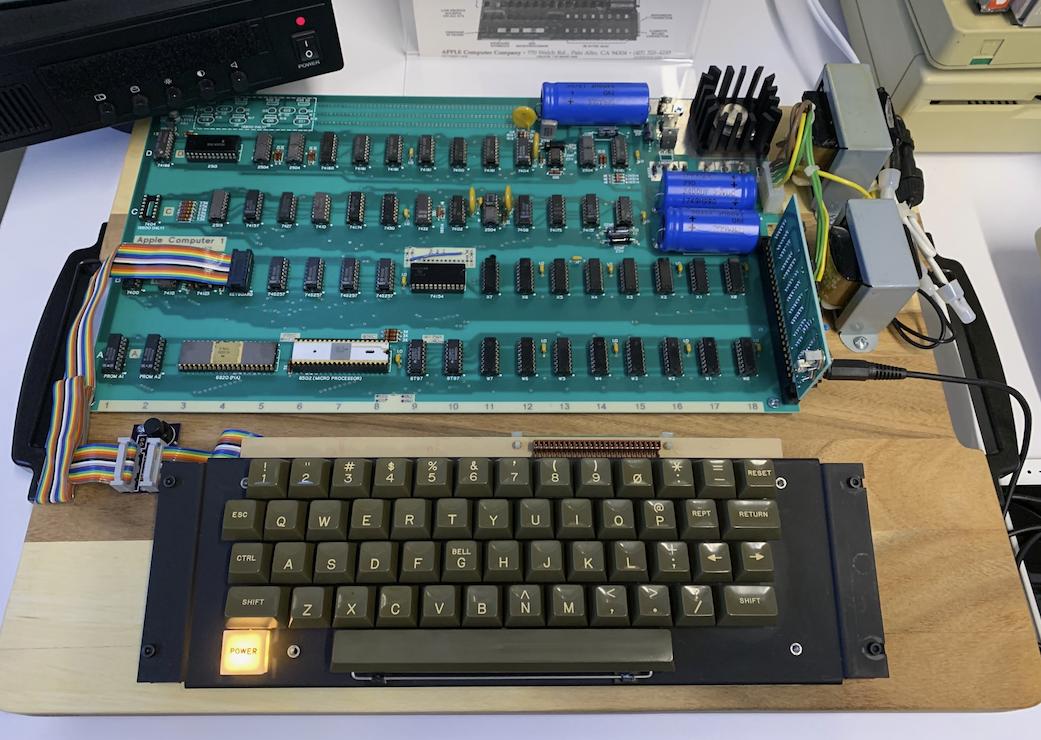