Modern Replacement for the Keyboard Encoder Daughter Board

Apple I connection socket and support

The Encoder ][ Plus operates identically to the original encoder with some additional features which can be controlled by the following commands.

CTRL-RESET or RESET will reset the computer based on how the encoder is configured CTRL-SHIFT-RESET will toggle between the need to press CTRL-RESET or only RESET to reset the machine. The encoder will beep indicating that a change has been made. This change will persist through power cycles.

REPT-RESET will toggle between upper and lowercase input. The encoder will beep to indicate the change.

The encoder has a built-in delay between scans of the keyboard to prevent double input of characters for keys that may have intermittent connection. The default delay period is 10ms. This can be adjusted by pressing and holding down the RESET button while pressing and releasing a number from 1 to 9. Each number increases the delay by 5ms. The lowest setting (1) is 5ms, and the highest (9) is 45ms. If you are getting double characters, increase the delay until they go away. If you are unable to eliminate the double characters even at setting 9, your keyboard probably needs serviced. This setting will persist through power cycles, so it only needs to be changed when necessary.

CTRL-SHIFT-REPT-RESET will play a little song

Lower Case on the Apple ][

When the encoder is in upper case mode (default), it will behave identically to the original encoder.

Pressing the SHIFT key will allow you enter the special characters shared by some of the letter keys such as @ and ^. 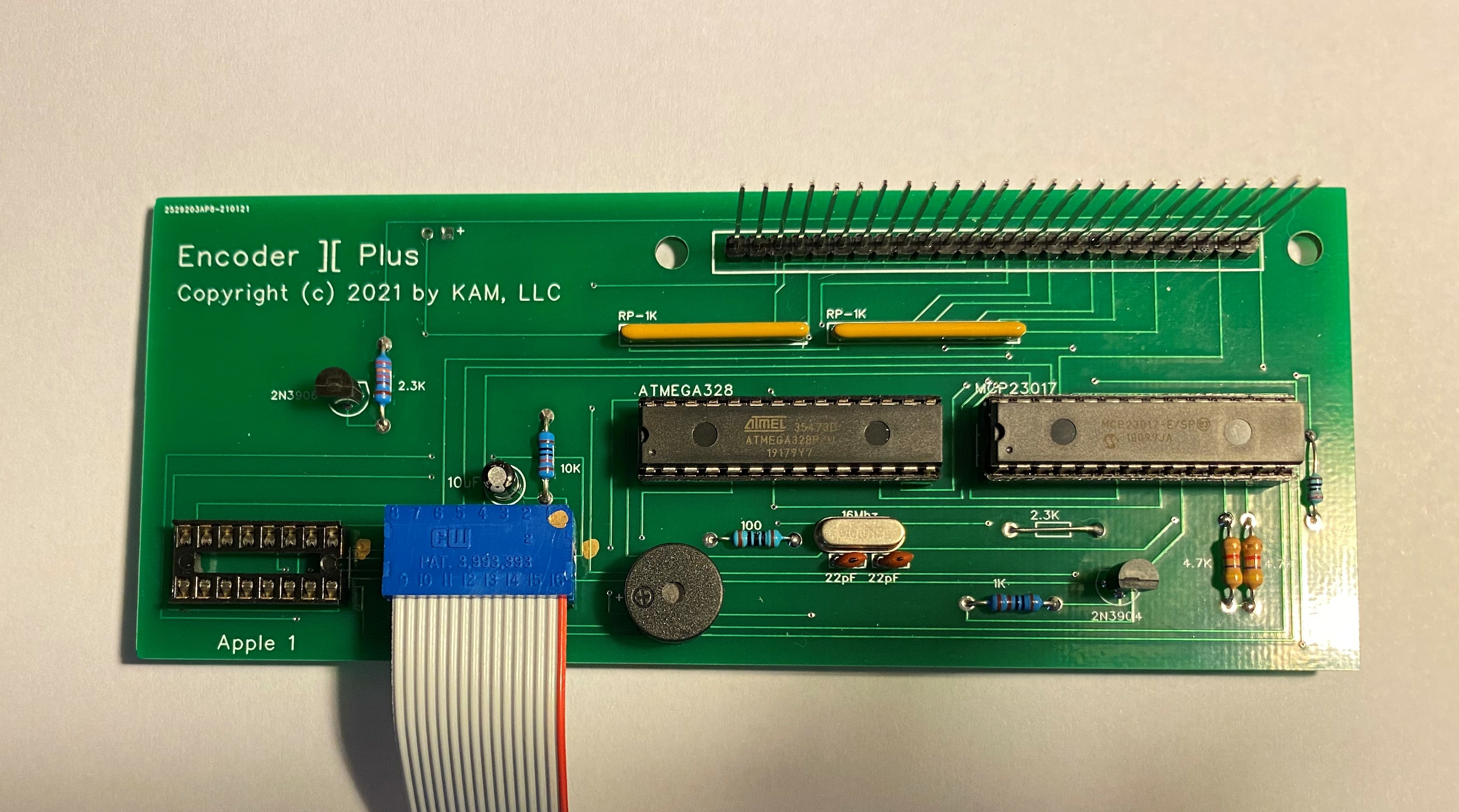 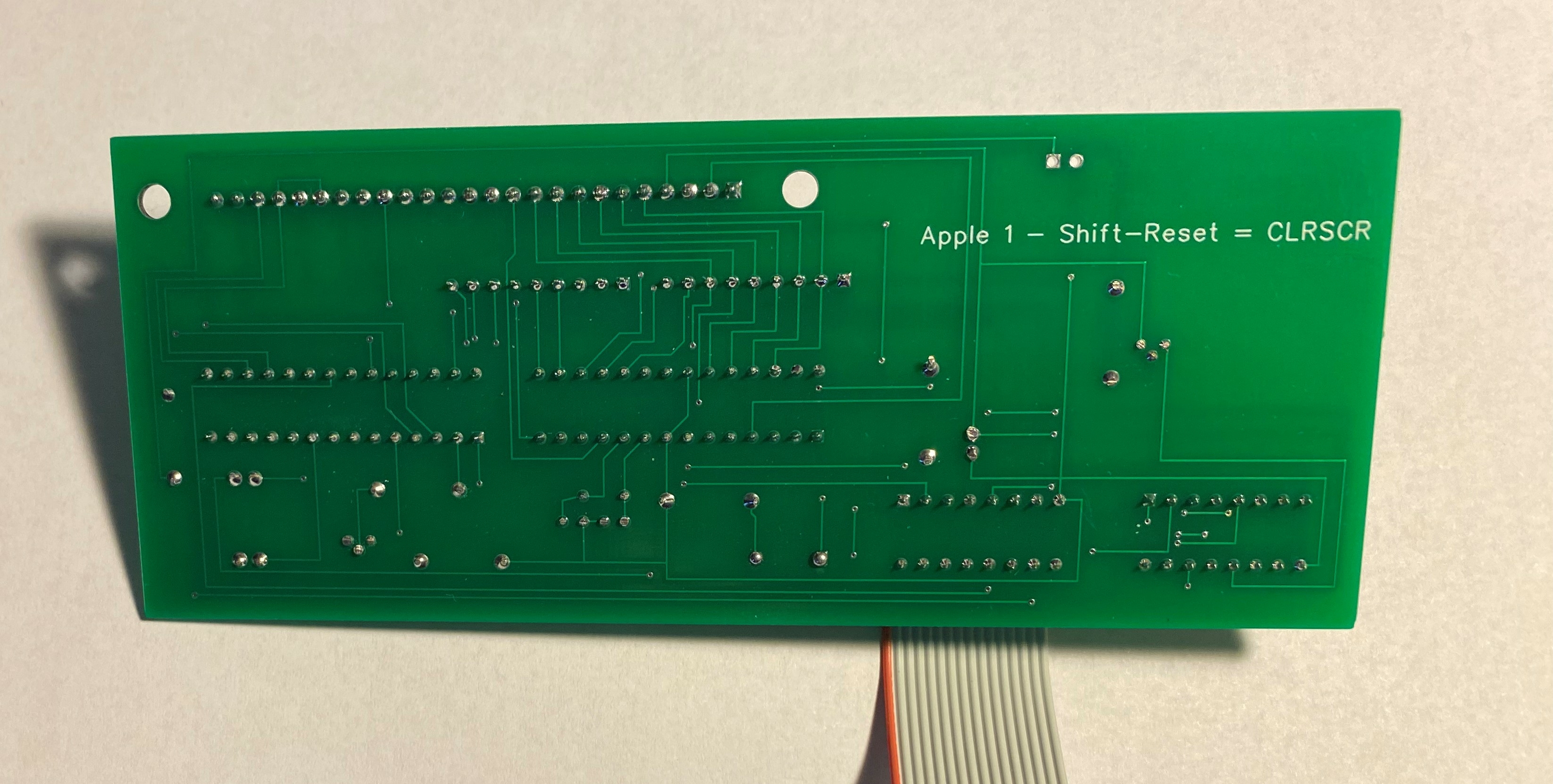 Nice!  I wonder if the designers have ever looked at the vintage Videx Keyboard Enhancer?  Might give some ideas for even more features.

Just send a PM to puerto06, that's how I purchased mine.

Note: I also ordered an additional special ribbon cable from puerto06 to use with my Apple-1 and this  Encoder II Plus daughter board.