As you can see from the images, my transwarp is causing corrupt characters on the display. I've tried reseating all the chips, cleaning the contacts, replacing all the ram, swapping cpus with my apple iie(enhanced), and removing all other cards. Any suggestions. Bad rom? 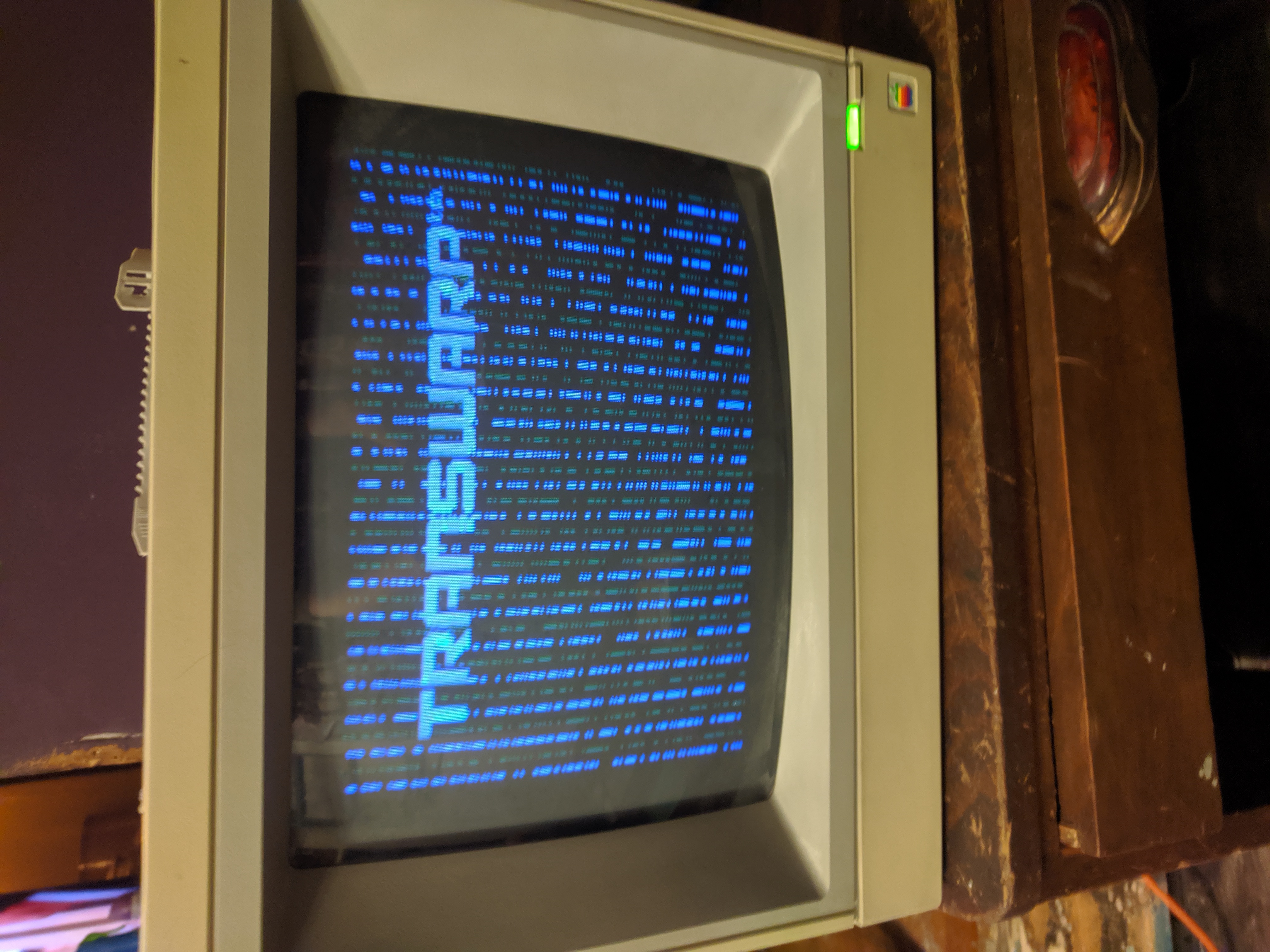 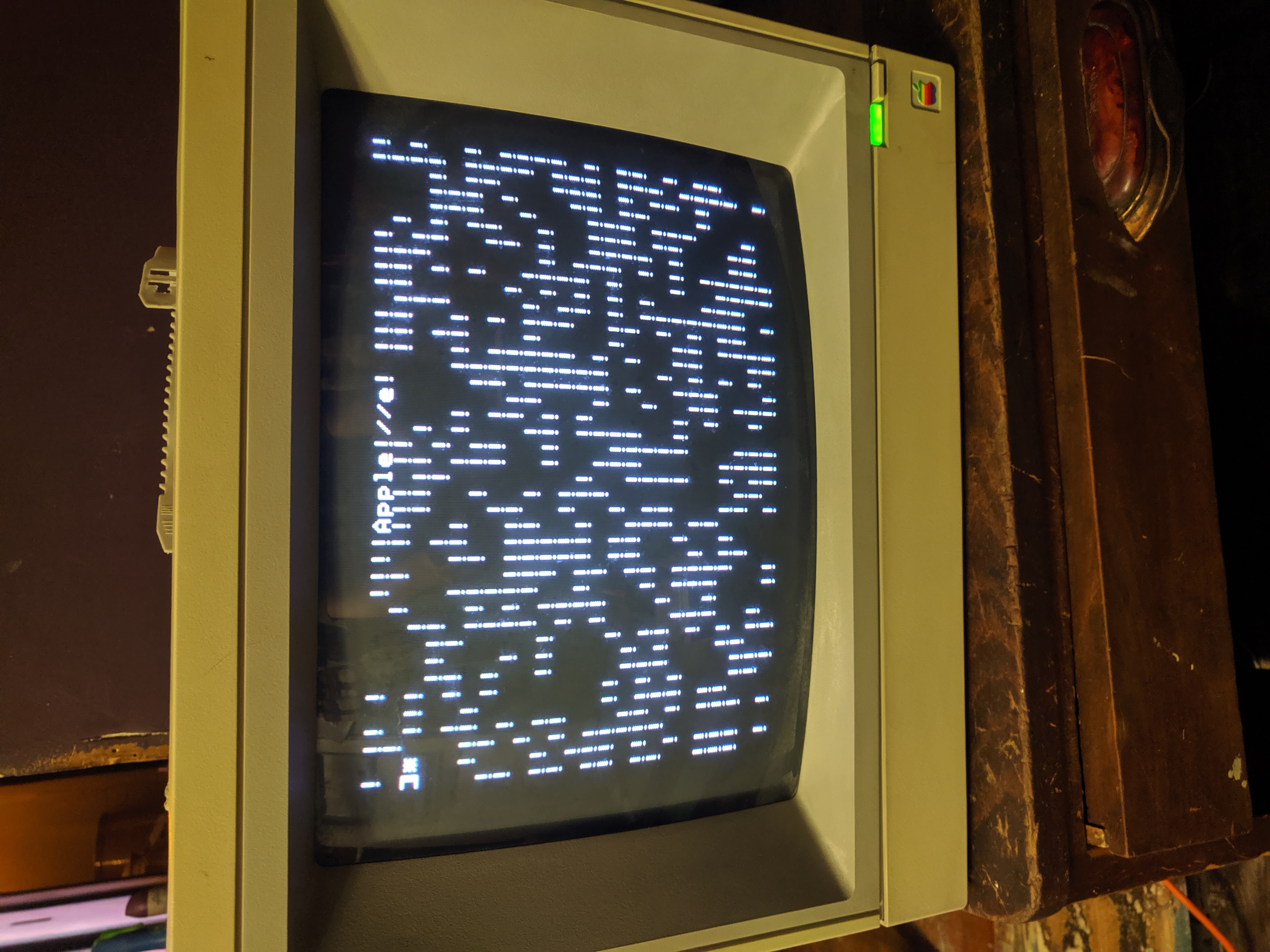 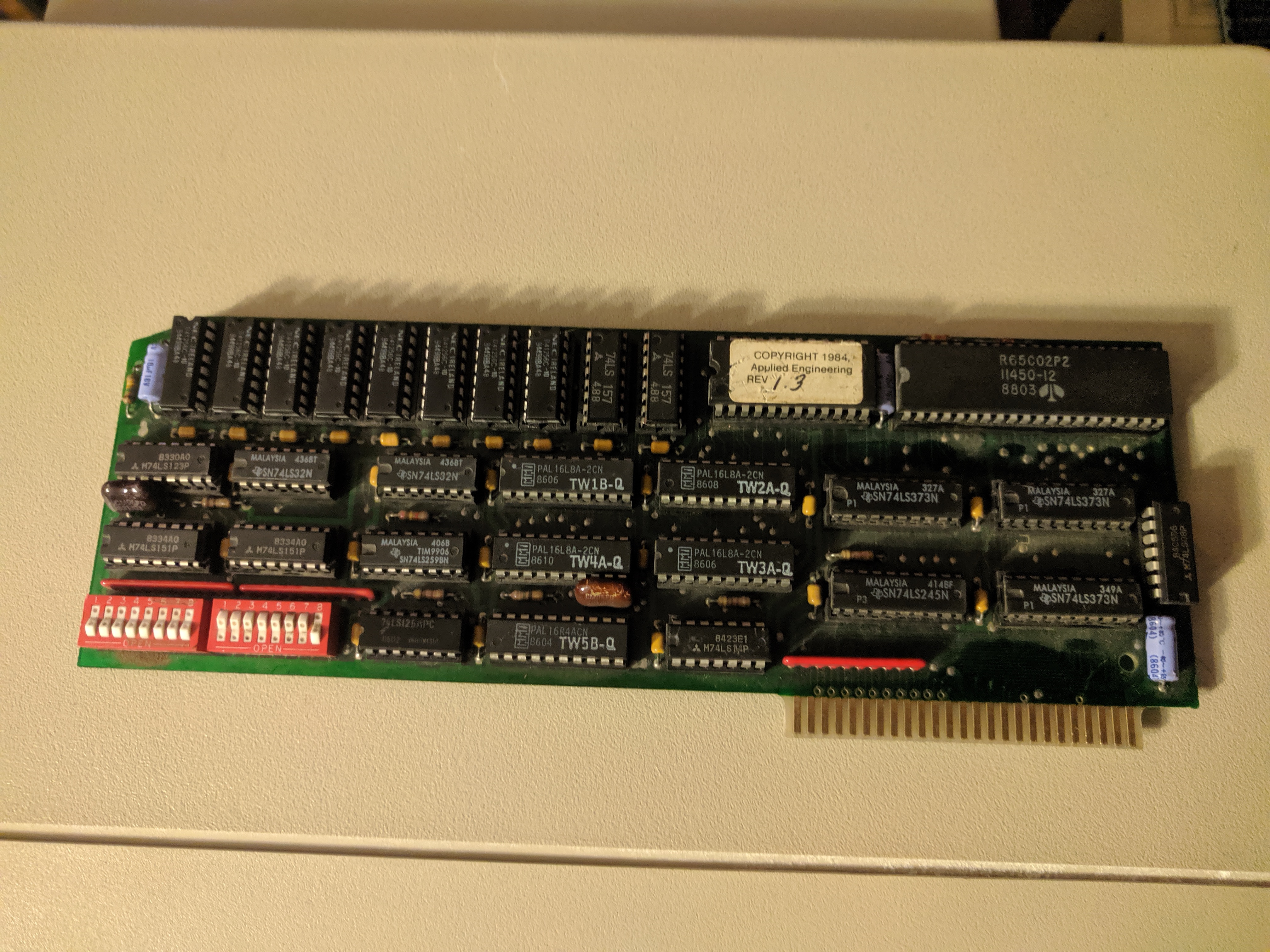 IF I see correctly there is a 2 MHz CPU on the board. If so, replace the CPU with a 4MHz CPU.

The transwarp had a R65C02P4 in it, then I swapped it with the R65C02P2 that was in my apple iie. Both cpu's worked in the iie. The card showed the same thing with both cpu's.

Have you pressed “9” after power on to show up the transwarp test?

The transwarp had a R65C02P4 in it, then I swapped it with the R65C02P2 that was in my apple iie. Both cpu's worked in the iie. The card showed the same thing with both cpu's.

The Transwarp needs the 4MHz CPU because of timing. But there is another issue probably with the mainboard. Is the display correct without the Transwarp, means running the CPU from the mainboard (at 1MHz)?

The DIP switches are set to run the Transwarp with normal Apple speed, not 1.8 nor 3.6MHz. What happens when running the Transwarp at full speed (switches 8 of both blocks set to OPEN)?

Next test: what happens if you set the speed of the Transwarp to 1.8MHz?

The memory from $0400 to $07FF is mirrored from the Transwarp to the mainboard. Probably there is the issue. Go to CALL -151 and type in a lot of RETURNs to see what happens with the wrong characters when scrolling. Are they stable at their screen location or do they scroll too?

Point out one wrong character best on the right side of the display (there it's much more easy to calculate the correct address :-) ). Read this address i.e. $0527. Compare the value which you have read with the character on the screen. The character set for the screen is published at variuos places i.e. in the books of Jim Sather. Means when reading you read just the memory location from the Transwarp, and you do not use the RAM from the mainboard. But the RAM from the mainboard is that you see on the screen. If you write something to the address space used for the screen you write to the local RAM of the Transwarp and the RAM on the mainboard. The idea behind this is that there is probably a difference between the both RAM areas.

I put the 4MHz cpu back in the card.

The apple iie works fine without the card installed.

I tried all speeds, and ran the transwarp test on all speeds.(All tests passed, but garbage was still on the screen during each test)

I ran the apple iie self test with and with out card.( both passed, but no garbage on the screen during each test)

call-151 and pressing return a bunch showed the garbage characters are random, not scrolling and not still.

Next I’d check/reseat/replace the address latches LS373 and the bus transceiver LS245 and the 74LS14 on the TW.

The corrupt characters are gone.