I haven't touched my Mimeo build for a while but returned to it recently. Since returning, every time I enter my CFFA1 strange things happen. Usually, once I type 9000R it'll type out the menu and then spit out long strings of gibberish like:

This just keeps typing out and scrolling up the screen.

Sometimes if I just let the apple sit for a while turned on and then access the CFFA1 menu, the main menu will be fine without the glitch, but entering any commands triggers the same glitch again (the command will work as intended at first, then it'll start corrupting again).

Has anyone else encountered this issue before? Is there something wrong with the mimeo or the CFFA1?

Not really sure where to start here, not much of an expert I guess.

Any help would be greatly appreciated. Thank you so much!

EDIT: I attached a few photos to demo the problem 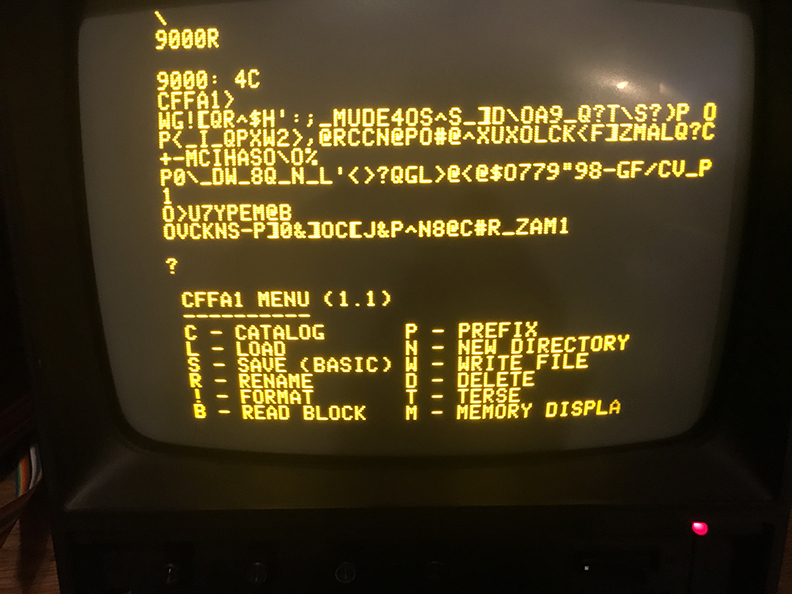 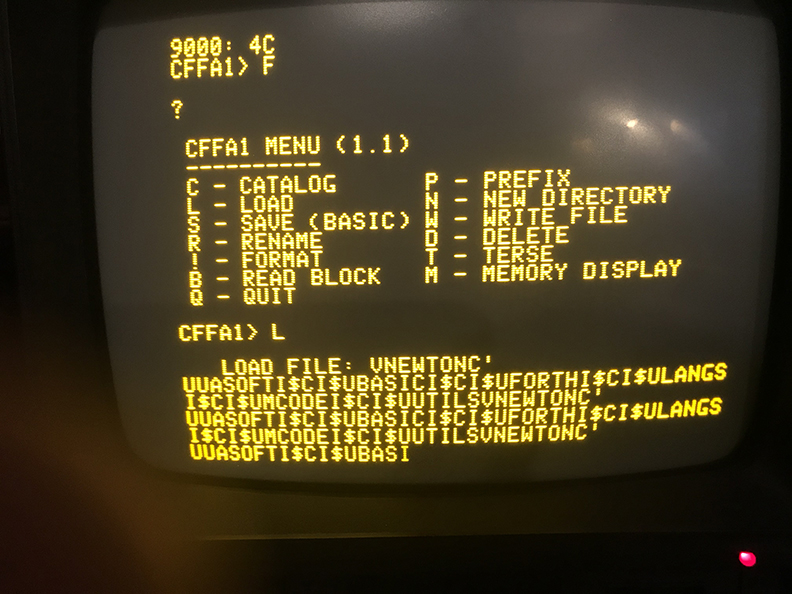 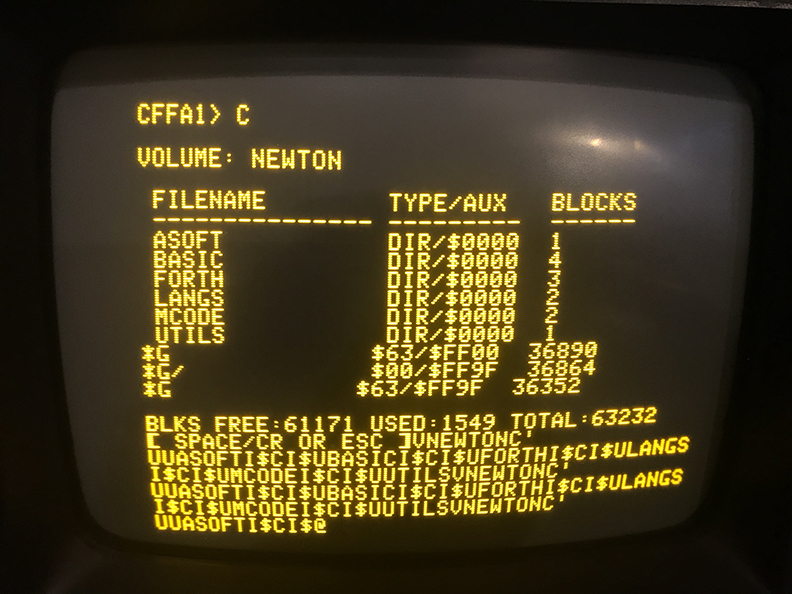 Not super familiar with the apple-1 version of the CFFA, but do you have an ACI or a way to feed a program in(ie. ps/2 kB adapter with serial in).  I'd run a memory test of the lower memory on your board. Use the one on Mike Willegal's site.  If you need an mp3 of it I can post it somewhere.

Thanks Corey. My ACI has never worked (never got around to diagnosing it, the apple never "hears" it) but it seems short enough so I can just type it in for now

One question though that's probably stupid, on Mike Willegal's site it says:

"Using the monitor, enter the starting address and ending address+1 into locations 0-3 of memory.

Which addresses do you think make sense to test in this case? If I'm understanding this right

let is run for a bit to see if you have errors after the 20 or so iterations.

Good idea.  Didn't know the CFFA has its own memory.  I don't think the Apple II version does.

So I tried several memory tests you guys suggested and… none of them would run. I double checked to make sure they were entered correctly. This program has ran fine on it in the past too so I’m not sure what’s changed.

I’m guessing this means the memory is bad?

Hey all, I just wanted to say thank you so much for the help! It was indeed a memory issue. I tracked down the bad chips, swapped them out, and everything is back to normal. No idea what could have made them suddenly go bad but all is well now.

Thanks so much guys!