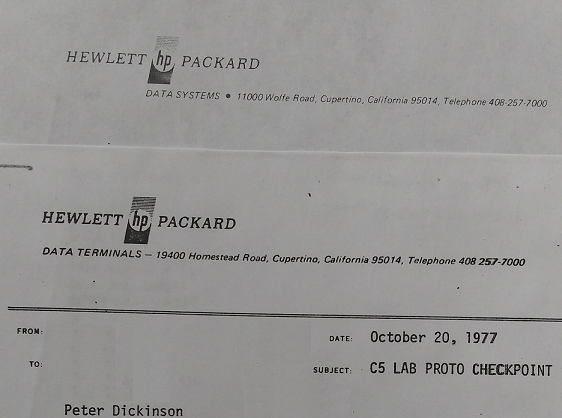 Above: Photo of a couple of HP memo headers. I removed most of the FROM/TO names in this image, but left 'Peter Dickinson' because I realized: "Hey! He was Steve Wozniak's boss, when Woz worked at HP!" [I think that's pretty neat.] There are many project pages. Such as... 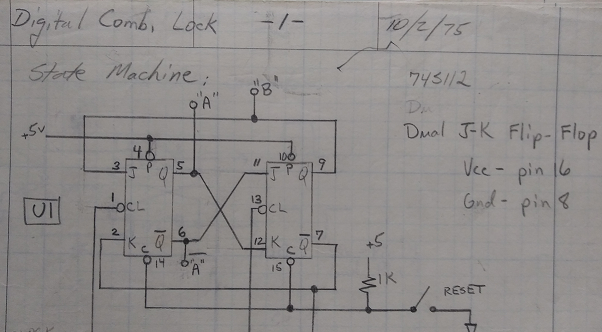 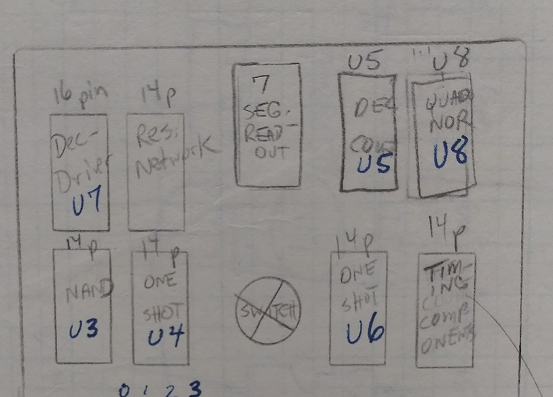 Another accessory they were working on appears to be a digital thermometer which would show the operating temperature of your system (in degrees celsius) on LED modules. 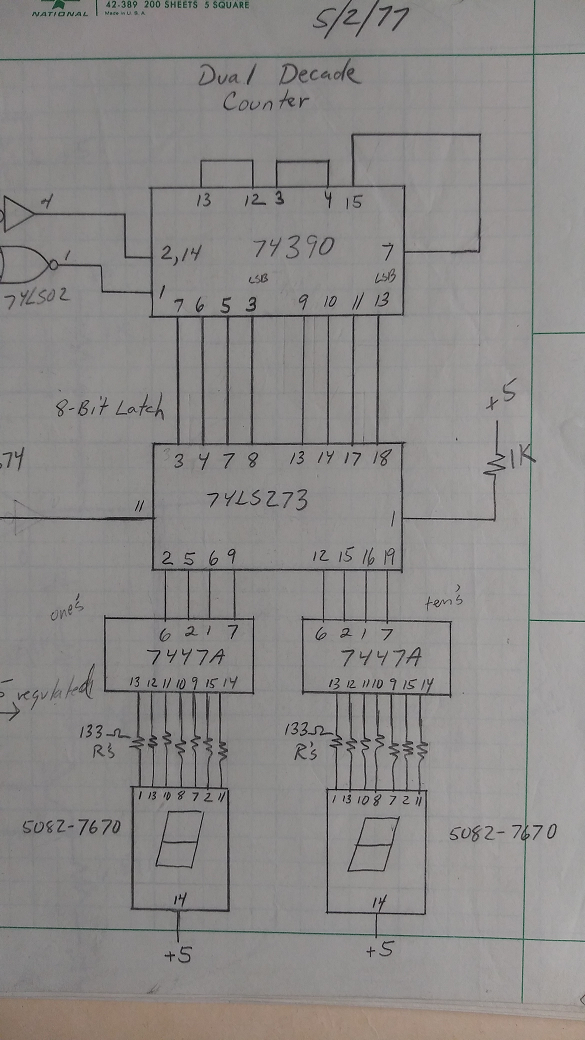 Below: After sketching the above, they apparently moved forward to a drafted version! 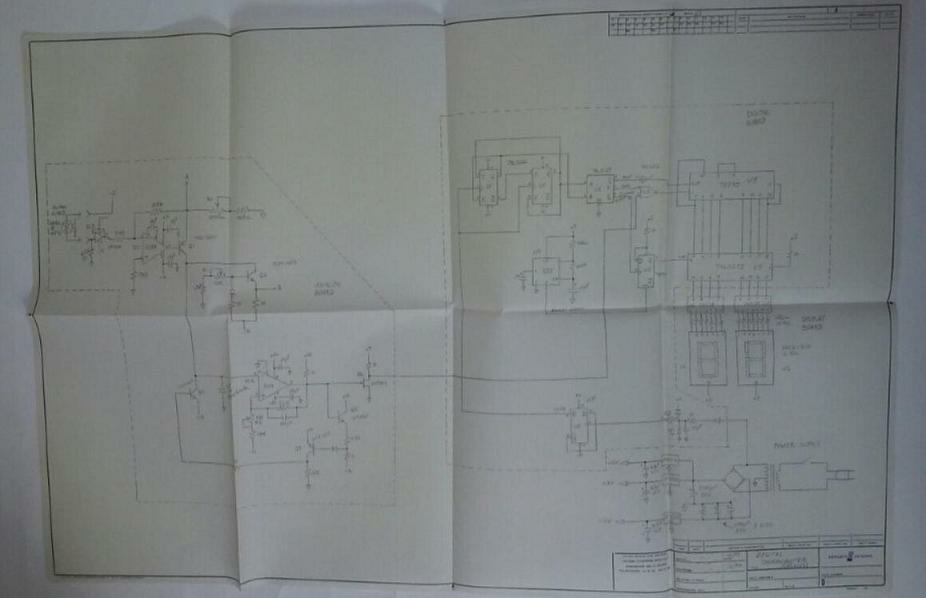 If you were running your HP computer in a hot (or poorly ventilated) environment, it would be handy to know the system temperature. Some of the paperwork is about internal procedures. A nice look at "The HP Way" from back in the day. Below: A picture of one of my favorite bits; a portion of a three page document that describes HP's internal Printed Circuit Board Design process (from prototype phase to pilot run phase). 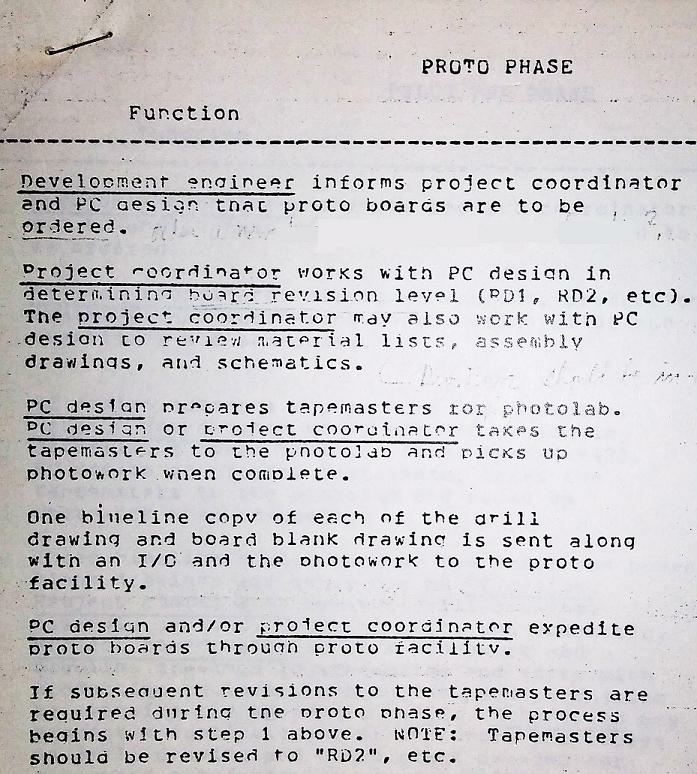 Below: Photo of a "blueline copy" sheet (as referred to in the PROTO PHASE document, posted above) 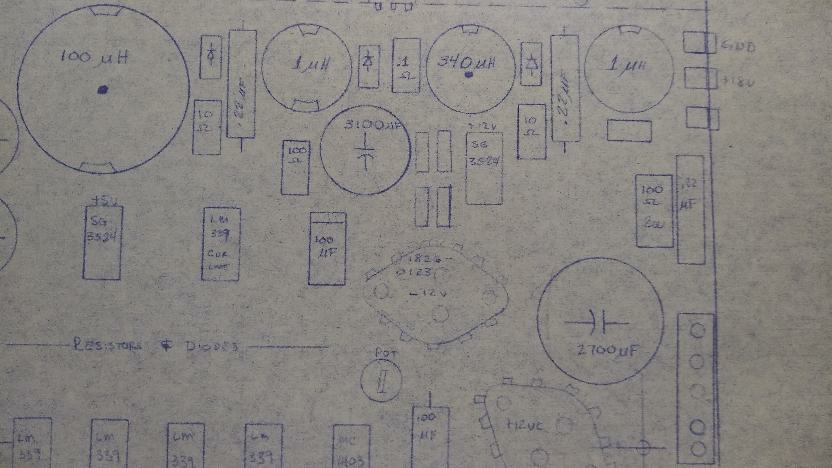 Along with the things I've posted above, I also found HP stuff related to the HP21xx series minicomputer (including the 21LC), the HP C5 Microcontroller, the HP1000 L-Series (Silicon-On-Sapphire) microcomputer, plus some interesting stuff from 1972 - 1974 & 1979, but this post is already pretty long. I think it is so cool that some of these Research & Development items were created during the same time period when Steve Wozniak worked for HP. With that said, I'll do an homage to Steve Jobs and add: One more thing... Did you notice the addresses printed at the top of the HP letterhead (posted above)? The buildings where this material originated were demolished years ago and have now been replaced by the Apple Park Campus (upon which Apple's circular 'Spaceship' building now exists). Some would say that particular demolition and replacement is incredibly ironic, considering HP refused the right to own Woz's computer designs and let him leave their employ. Are any of you an expert on vintage HP artifacts? If so, please feel free to post your thoughts on my find. [Non-experts should feel free to add their $0.02, as well.] Thanks!
Top