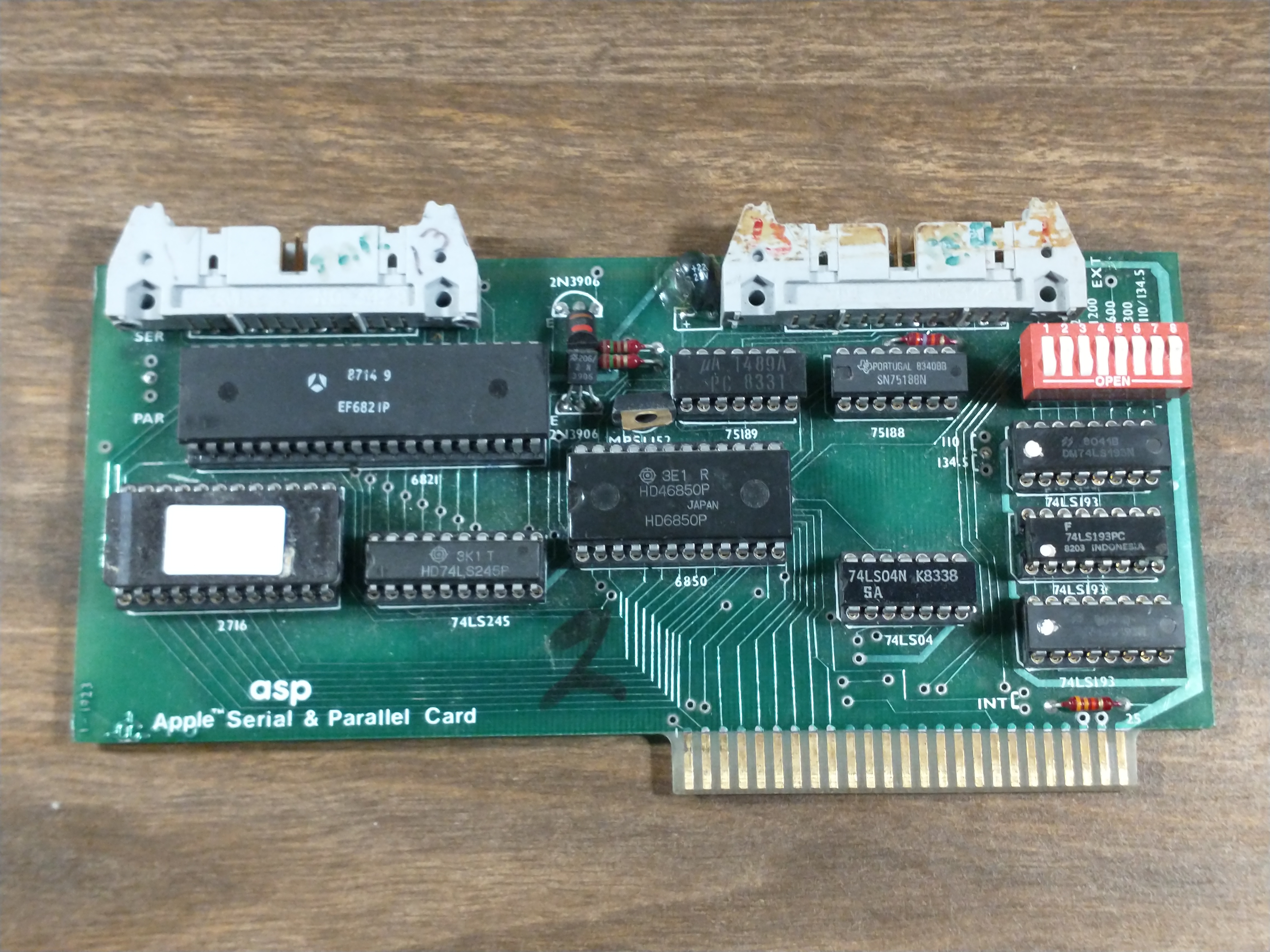 I have this mystery card.  It came to me with no documentation, no verbal history, no indication of where it came from or where it's been in life.

It appears to be "asp" serial and parallel card, yet there is no crystal.  The DIP switches are labeled to control baud rate only.  I do have headers for it, but with a header present, the combination will NOT fit in an Apple II/II+/IIe case--the card is too high physically to allow the sunroof back on.  I assume it's for some other variety of the fruit?

I have found nothing on the Internet about this card.

I tried it in an Apple II+ but could not get anything happening on the apparent serial port.

Does anyone recognize this card or can tell me what I have?  Thanks in advance,...

Could it be for a printer?

It looks like it uses a 6850 type serial chip (slow, unbuffered) and a 6821 type parallel chip.  The rest of the chips except the one that is nearly unreadable all look pretty normal for a serial/parallel card.

The dip switch looks clearly marked for baud rate.  It probably isn't very good over 1200bps due to no buffering, but for 300 it is fine.  It will probably also work at 2400, but with slightly less throughput than you'd see witha 6551 based card (Super Serial Card).

I'm liking the Appie III theory, " If it is too tall for a ][+ or //e maybe it was intended for a ///?  Those allow slightly taller cards. "  I was wondering about that myself.

I have a friend who's currently restoring a III.  Unfortunately he's just at the stage of cleaning out the droppings and worse from the family of mice who was using it for a bed and breakfast, (you hear so many horror stories about bad tennants these days,...), but when he gets it up and running we can check out the card in that.

Thanks for the feedback.