How do i program on the apple 1?

What language?  Woz's Integer BASIC?  6502 assembler?  Something else?  Those two are your primary options.  The tools available are fairly limited but you can do a lot with those.

A good primer is contained in the Replica 1 plus manual, starting on pg 20 regarding programming specifically https://wiki.reactivemicro.com/images/7/73/Replica_One_Plus_Manual_-_June_2014.pdf

It all boils down to which tools you want to use.

'Uncle Bernie' uses the free ATASM macro assembler under Linux. And vi as the editor ;-)

ATASM puts out a binary. Then my tool chain forks:

one tool converts the binary to an .APL or .TUR file (to be loaded into the Apple-1 via my keyboard emulator cable)

Both tools I wrote myself buy so far have not published them as they are yet incomplete.

And I hate incompleted work with dangling ends. So many projects, so little time.

You will find out that programming the Apple-1 is very easy and very satisfying, unlike any other microcomputer, ever.

The reason is that the Wozmon provides only two useful subroutines, one to print a character (ECHO) and one to print a hex byte (PRBYTE). To get a char from the keyboard you have to duplicate the two liner in the Wozmon as there is no such subroutine.

So you have to do all the 'footwork' by yourself. Sounds tedious, and it is, but in the end it's immensly satisfying and rewarding when your own program finally works and you did everything by yourself (well, maybe except PRBYTE and ECHO, but these are trivial).

In all other microcomputers you have lots and lots of I/O subroutines available, all different, and all incompatible with other microcomputers, and so your code is corrupted and tainted by alien DNA. And very very tedious to port to another machine.

The Apple-1 however forces you to develop your own I/O so if you arrange your source code properly, it can be ported to any other 6502 machine in a few minutes.

I have a scaffold source code which allows to make the Apple-1 program fully Apple-1 and Apple II compatible, and it can use the same AIFF file to load (unified code, no modifications, loads and runs on both machines the same). See my famous 'Codebreaker' game I published on Applefritter, but make sure you get the newer version where the 'cheating' bug was corrected. Which, BTW, was introduced by moving the zero page variables to make it run on the Apple II. After the move, a table crossed the $80 address boundary and alas, the computer "AI" used the MSB of the table index as a flag. A leftover from the ancient 8080 code I wrote as a kid about half a century ago. My assembly language programming skills were only rudimentary back then.

I also use vi under Linux as my editor.  I wrote my own 65x02 cross assembler (it's availabe on my GitHub).  Your other utiilities sound useful.  Hopefully they will be completed and released someday.

Oh...  Possibly relevant to Apple-1...  In case anyone ever builds one with a 6800, I also wrote a cross assmbler for that.  I haven't really tested or used that much, but it was fairly easy to do given the similarity to the 6502.  I'd have to dig that one out, it isn't on my GitHub or anything. 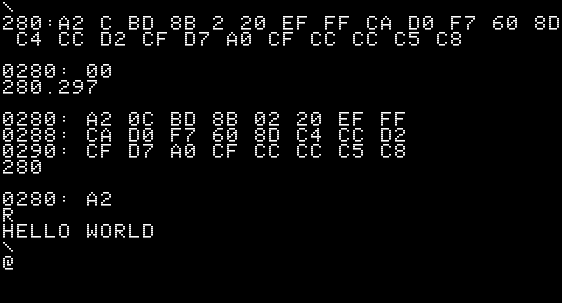 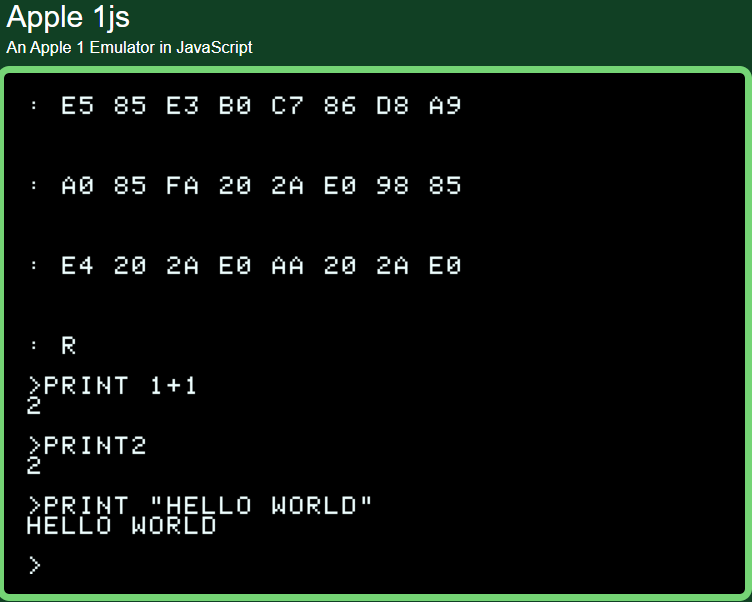