This is an informal poll of all 'Fritter Critters on facial hair. Specifically men's facial hair (not about our ex-girlfriend with the nasty mole that had hair growing out of it ...ich!)

Check out this link http://ogfhc.com/gallery.htm and then answer the questions below - what I am interested in knowing is this;

For men
[*]Specify the type of facial hair you have (beard, mustache, goatee, none, etc)
[*]How long have you had it?
[*]How often you have facial hair. (Had it for years, always wear a beard, only a goatee, only have something when you get lazy in the mornings. etc)
[*]How well trimmed do you keep your facial hair? (Trimmed beard, chin beard down to your chest, always clean-shaven, etc)
[*]How does your significant other feel about your facial hair? (always riding you to shave it, hates it but say nothing, thinks you look better with it than without it, etc)

For women
[*]For the man in your life, specify the type of facial hair he has (beard, mustache, goatee, none, etc)
[*]How often does he have facial hair. (Had it for years, always wears a beard, only a goatee, only has something when he gets lazy in the mornings. etc)
[*]How well trimmed do he keep his facial hair? (Trimmed beard, chin beard down to his chest, always clean-shaven, etc)
[*]How do you feel about his facial hair? (always riding him to shave it, he knows you hate it but you say nothing, think he looks better with it than without it, etc)

[*]I vary from beard, to goatee, to clean shaven. The goatee styles is always http://ogfhc.com/images/goatee51.jpg. The beard style is always http://ogfhc.com/images/beard10.jpg.
[*]I have had the current beard for about three weeks.
[*]I usually grow in a goatee due to a lack of diligence in shaving on my part. Many times it evolves into a full beard. I usually shave clean after about a month or so.
[*]I keep it well trimmed, very similar to the styles in the referenced pictures.
[*]Wife hates it and no longer bothers saying anything to me about my facial hair. She says it makes me look too much older when I have it (I'm 30). She also does not like the way it feels when we kiss, even if the hair is long enough to be soft. She got tired of bugging me about it a few years back and treats it like a small phase I go through, knowing i will get rid of it in a month or so and keep it off for a couple months.

I prefer a goatee, but it is hard to grow. (i'm twenty in a month. I also have the family curse that I can't grow anything other than that.)
It takes me about 2 weeks to grow the Goatee. when I do have it, it is kinda, barely there. (like I said, I have the family curse.) Every now and then, I shave it off... Like for special ocassions that/// include family reunions (or while I am doing job interviews.)
Since I have no significent other, I don't have to worry about what she would think.
I don't really keep it trimmed, other than shaving it off...
So i think thats is about it.

...kept trimmed back to a bit under an inch in length at the most.
- wife likes it, nay...insists I keep it (it's scratchy otherwise...I get five o'clock shadow at two in the afternoon)

- I'm really lazy about maintaining it. I'll go to a goatee every couple of months, keep it clean for usually no more than a week, then the beard takes over again like weeds in the garden.

- Haven't been fully shaven in, oh...about seven years, maybe more. I've had facial hair for the majority of the time since the late 80s when it first blossomed. Never more than a couple months without.

- My hair is dark brown, with flecks of gray now, but the beard has a lot of gray - almost solidly on the chin. There's the odd pure red hair here and there, too...must be a bit of Scots in the blood somewhere.

I love all the Google links for this thread - laser hair removal! I'll throw it a curve ball: hardware, chainsaw, rich Corinthian leather.

Yes, I do trim my cadillac (soul patch). I grow out a very trimmed beard occasionally, but it makes me look like my dad. If you want to see my dad's doppleganger, just watch Raising Arizona and look for "Mr. Smalls".

Sometimes it's fun to shave my chin and upper lip, cuz I get carded when I do...

Soul patch. My gf hates it, but stopped complaining a long time ago. Here's a pretty good approximation of what it looks like (and no, this is not me): 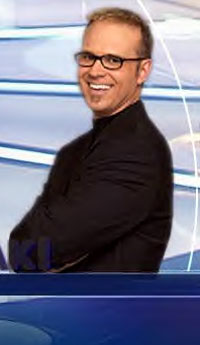 ...come to think of it, I actually look pretty much like George Gray here. Just add earrings.

I have sort of an Abraham Lincoln/Amish style beard (no mustache). The personnel manager at work has taken to calling me Brother Jebediah. I've had it a couple of years, I go back and forth every few years. My wife doesn't really like it but doesn't dislike it enough to ride me about it. For some reason I always go clean shaven a few months after some big family event (where formal-ish pictures are taken), which really ticks off my mother.

I'm a lazy shaver. I normally try to keep a clean face however i just get plain lazy and might not shave for 2 or 3 days. It looks nasty and then i shave again.

I used to have a full beard in my late teeens/early twenties but i got bored of it.

I then kept a mustache (sp?, don't feel like scrolling up) until around 7 years ago when i shaved it off. I then have been going though the lazy shaving cycle ever since.

Various forms of facial hair for about a year. I grew it after high school so I didn't look 14 applying for work. It kind of stuck, but it gets shaved every so often. Mainly for family events or when it's just getting too long. Also shaved it on the 18th birthday, with the theory that it doesn't matter if I look old or not. Found out I missed it, so it came back.

I'm cleanshaven about once every 3 or 4 months.

It gets shaved whenever it gets too Woz-pre-Apple-ish. Other than that, it's free to grow, but I keep my top lip mowed.

No current S.O. The last one liked it because it was soft.

Clean shaven. If I grow a beard I look like whitey from "me myself and Irene"

Goatee w/ soul patch. I've got dark blonde hair, but the facial hair grows in in every color except grey. I have predominantly blonde/red in my goatee, but if I look close at the hairs there are plenty of black and brown in the mix. I've it since it started to gron in highschool, and have shaved it off a few times since, but it normally stays on. It covers up my weak chin... and my wife doesn't mind.

I have nothing. I'm very religious about shaving and keeping my face smooth as a baby's bottom as the expression goes.

I started to grow facial hair before I started high school. I was the only guy of 1200 grade 10 students to have a goatee (or any facial hair, for that matter) to start high school! I've pretty much kept it ever since, with occasional spurts going to a full beard and occasional clean-shaven moments. I like the goatee, it makes me look mature without the old look. In the winter I normally let it all grow out into a full beard. Nothing protects against the cold Canadian winters like your own hair.

I don't think I'm different,
Or in any way unique.
Think about yourself for a minute,
Then you'll find the answer in it:
Everyone's a freak.

I grow a Goattee once in a great while when i feel the need to look different. sometimes i can keep one for a few months and it gets like 1/2 inch long, but i get bored of it and shave it off clean. the girls at work always notice when i shave it off but never that im growing it. so yea thats me.

i tend to keep a goatee and moustache thing going, have done since i was 17, and only grew it to annoy the headmaster at my 6th form, as all facial hair was banned!!!!!
i look about 14 without it these days, and about 26 with it
i guess thats quite good for being 19
i have no missis, and if i did, id keep it neway

I'm in the process of letting my beard grow out in full. Mostly thanks to inspiration from this thread I asked my wife what she thought of me having a full beard, and she was not opposed.

Currently my moustache has come in nicely but my cheeks are going to take a while to look decent, as the hair on them is spread further apart than around my mouth. It'll come on though eventually. The moustache is grown to the point where it is combable.

Mine goes from long goatee to a lazy mans beard and who cares who doesn't like it. I shave my head too, and between my face and head there's far too much shaving to do everyday. If I could still grow hair like I could 25 years ago I would never shave anything and let my hair grow down to my butt !

But, alas age and genetics catch up.....

well i am in grade 8 and have a very small moustache... in other words... enough to be made fun of for it... lol but yeah no one else has anything... so i stick out...

I personally am clean shavin, but I suppose if I were to leave my face untouched for say a week I tend to have a full beard...
Laterz...