Looking for a specific monitor

Anybody have one of these monitors they would like to sell or trade? Let me know. 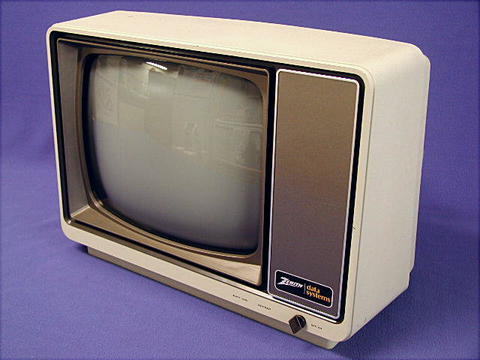 I've got one in my lab in the basement. It started life with a TI 99/4A, and I got it second hand with the TI and the Ti expansion box. It's been sitting around not doing much for several years. Is there a special erason you want/need it? Is it for creating a period computer setup of the late '70s - early '80s? I'd be quite willing to donate it for the cost of shipping if it's gonna get used, esp. for a display piece or something... :coolmac:

BTW: I saw the section of "The Cult of Mac" with you in it, pretty cool! Saw Stuart Bell in there too. I pointed you guys out to my wife, but she's not a geek so they guy who built the Replica I means very little to her... ::)

I sent you a private message reguarding this.

Hey Jon, you'll have to email me because messages aren't available on applefritter right now.