I recently purcahsed my first IIe, so still working things out. After fixing the PSU and replacing the CPU it is up and running, but with a few teething issues.

I added a 80 Col card to a Rev A motherboard, with the understanding that HiRes should work, but Double HiRes not.

I don't know if this is correct or an issue? Ideas would be appreciated!

Some of the things I tried:

If I plug a borrowed VidHD card in, it does not have the problem on that montitor, but the *'s  remains on the composite output.

I tried unplugging all other cards, swapping memory on the motherboard and expansion card out with another set, but it does not change anyhthing.

No other diagnostics on the board fail, I tried various.

The ROM versions printed on the motherboard match the ones plugged in. 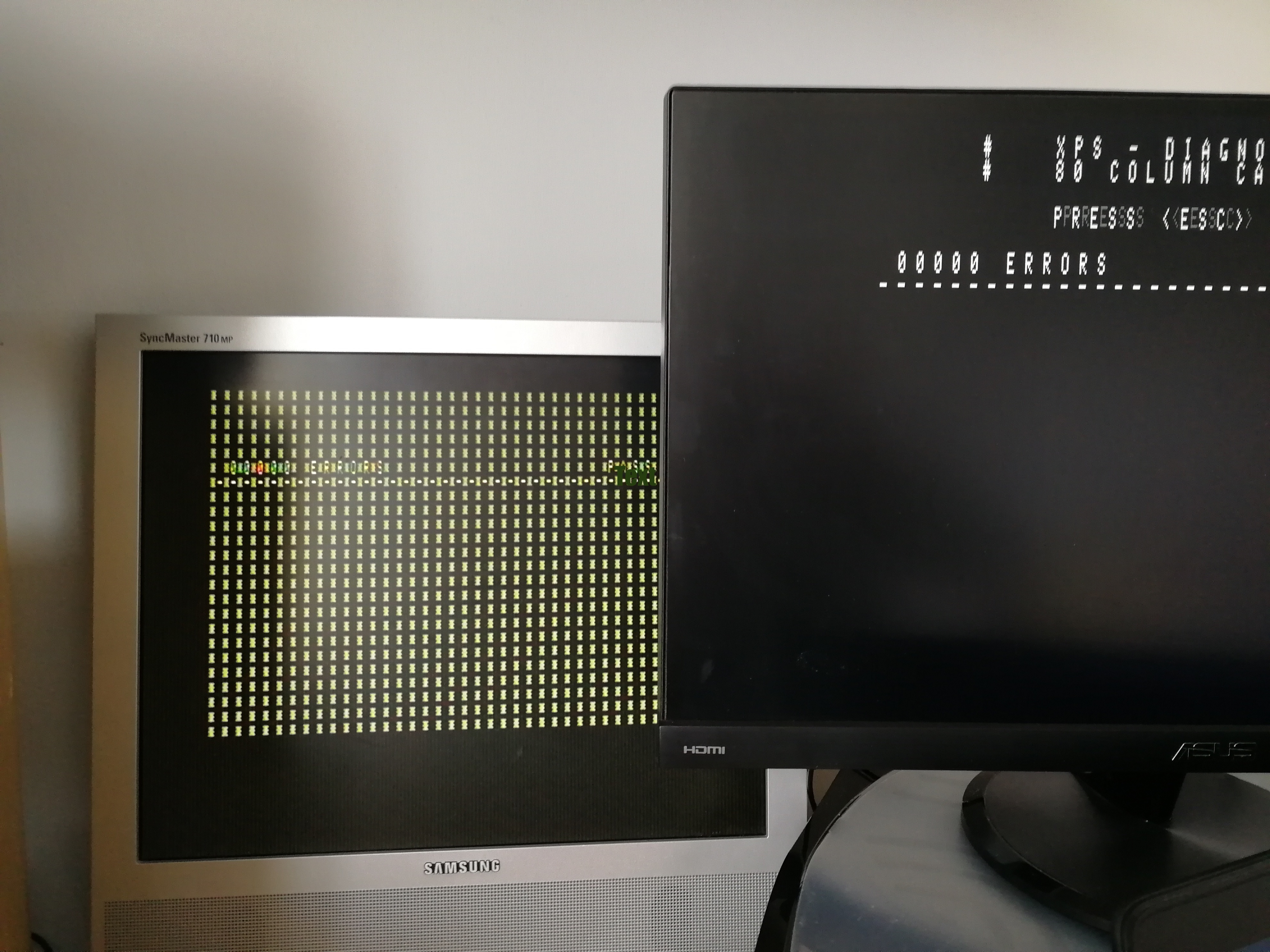 You are right, there is an issue here. Furthermore, the diag screen is missing the top lines. It works well with the VidHD card because it doesn't use the video signal. It uses it's own memory to reproduce the outpout.

Have you tested the expansion ram card with the XPS O option (Auxiliary memory) ?