I have been out of comission for a few weeks with that nasty cough that is going around, but feeling better now.

I wanted to let everyone know that the new BlueSCSI version 2 is now available!!!!  This was a join effort between Eric Helgeson and @Androda

I am an authorized seller of these, but I am still waiting on parts and should have mine up on eBay this weekend!!

An open source, open hardware, and open design SCSI solution for vintage computers. It is built by a community of makers, and you!BlueSCSI's mission is to provide a low cost, open hardware and software SCSI solution for retro computer enthusiasts to breathe life back into their vintage computers. BlueSCSI's build is as simple and friendly as it gets, catering to novices and experts alike. We started three years ago with a few enhancements to ArdSCSIno and there are now several variations using different hardware.We take a lot of pride in the vibrant and friendly community of people having fun with their retro computers.Today we're continuing that mission with the announcement of the BlueSCSI v2!

BlueSCSI v2 targets the Raspberry Pi Pico (not the Pi) which uses the RP2040 microcontroller. Like before we're building on the shoulders of those who came before us - namely this code base is based on the ZuluSCSI's SCSI2SD. This is a joint effort between Eric(nulleric) the maintainer of BlueSCSI and Jacob(Androda) a core BlueSCSI developer and maintainer of the F4 BlueSCSI fork.We've added our "special sauce" to the hardware and software. Hardware for BlueSCSI v2 will be released under the same Creative Commons Non-Commercial license as BlueSCSI v1 - we believe in open hardware and this will allow you to build the device yourself if you like.The original BlueSCSI isn't dead! We will continue to support and port features to the F1/F4 versions of BlueSCSI as we can. Not all features can be ported back, and speeds are more limited on the earlier models.In all honesty a majority of pre-PowerPC Macs won't support all the additional speed offered by BlueSCSI v2 - only a third party SCSI card could achieve the full Fast SCSI speed. Any 68k '030 Mac or lower - the real world performance difference will be negligible. 68k '040 based systems will see a larger boost. And on machines like the PowerMac 7300, look out - we've pulled 8300k read speeds on the internal fast SCSI bus.In keeping with tradition, we are using "dev modules" instead of hard-soldering everything to the PCB. Dev modules like these are easy to solder in place, and help with PCB routing. Also, the Raspberry Pi Pico is easily obtainable. Unfortunately due to the nature of the RP2040 microcontroller it is more complex than in prior designs. These are SMD-heavy boards using small-pitch and small-size components. We recognize much of the success of V1 came from it being easy to assemble, and we will continue to see how we can improve the design choices to make it easier for all of you.We know that pricing is a real concern, and are happy to report that prices won't change! We're committed to producing a good product at an affordable price, to benefit the community.Buy from an authorized seller on bluescsi.com to support the project or download the gerbers and print your own. We can't wait to see what you'll use these new devices in!

Highlights of the new features:​

BlueSCSI ToolboxThe BlueSCSI toolbox is something you only get with a BlueSCSI. It allows you to transfer files to and from and your vintage computer directly to your SD card, change CD's on the fly, and we're adding more each release. We're working with others to expand the support beyond Macs, stay tuned!ROM DisksThere is 1.6MB available on the PR2040 flash, so you can store a ROM (read only) image in this space! Put all your essential utilities there, or maybe a read only system boot disk, the choice is yours! Disk Jockey has been updated to allow you to easily create this image.Apple first, but not onlyIt's no secret the core BlueSCSI developers are Apple fans, it's what we use! We're building it for us and the Apple community but that doesn't mean you can't use it on other platforms. In fact the defaults should be fine for other platforms as well. In the cases that it's not, we've provided well documented examples on how to get it to work in your system. We've also created a web based ini file generator for those times you have to go outside the presets.SpeedIf you have a computer with a 5 or 10Mb synchronous bus you'll be pleasantly surprised. With the Pico we can now saturate the 10Mb/sec bus. Speeds will vary based on SD card, computer, and SCSI driver used, so test out and hotrod those vintage machines!DocumentationA real test of a project is how much time they spend on their documentation. For many it's an afterthought. We've made a great effort to document as much as we could prior to launch and look forward to the community's updates to the wiki! If you see something, say something.ConfigurationMany of the advanced configuration is now done through an ini file. We can't ask non-developers to create an ini file so we've made ini.bluescsi.com for you to generate the configuration you need, along with presets for the Mac Plus, Mega STE, and more coming!Friendly logsLogs are for people - we've made improvements to the log messages so you can understand and take action.Hot Swappable SD CardOnce you unmount all drives from your BlueSCSI device you can pull the SD Card out while it's still running and it will reconfigure itself once a new SD Card is put in. This will be handy for sampler users especially.AttributionKeeping the lineage of a project is important - who wrote what code, what changed when and where. We've restored the missing attribution and history for SCSI2SD, as well as kept the entire history of ArdSCSIno and BlueSCSI all in one repository. You can now see the full history of the code base. Also libraries that were patched are now correctly attributed.USB Serial LoggingHookup a USB cable while your BlueSCSI is running and get the logs right in your terminal! Great for advanced debugging.LED AccessibilityTalking with users one complaint we had was the color of the power and activity LEDs were difficult to tell apart for color blind users. We've added white for power and blue for disk activity after talking with them.And a lot more!Three's a lot more we have planned, so stay tuned!

Glad to hear it!

I just got the 3D models and PCB version 1 last week. I have 2 live hard drives left on my 5 Macintosh, something had to be done about that anyway. 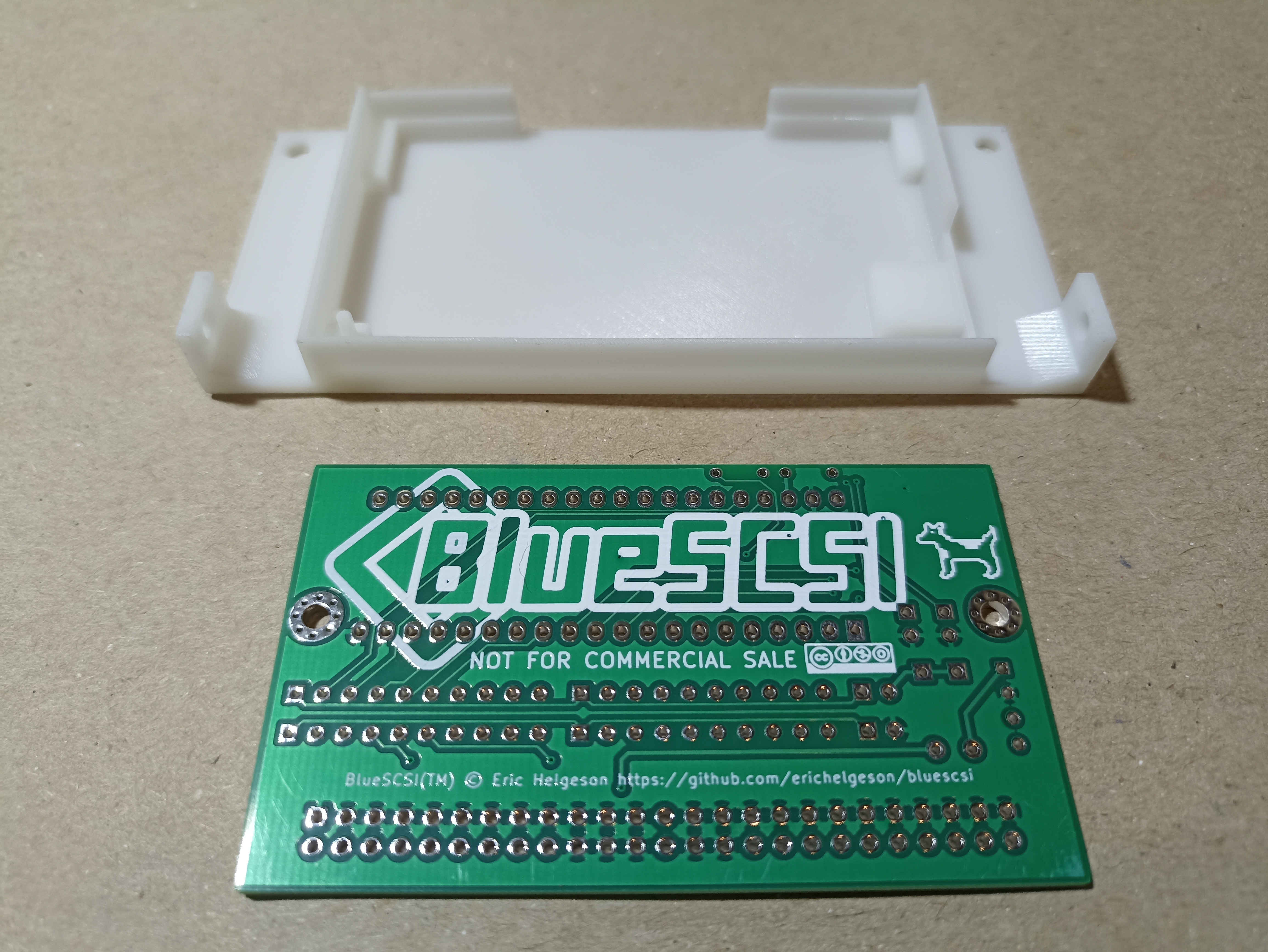