This Apple II+, Rev 7, tagged (19)80(week)42.  48K plus Language Card and single disk drive and Apple Controller.  Video seemed ok in all modes, until random white blocks started to appear here and there on the screen.  I had replaced the power supply (new), but hadn't really cleaned up the computer.  Pulled ALL the chips; de-ox'd the pins; and reseated them.

Computer is now functioning well .... with one exception:  NO GRAPHICS.

The photographs show what I should see (left), compared with what I DO see (right).

Referencing the video circuits and other research on Applefritter, I replaced (with new):

At this point, Sam's™ says, "Service Center Action", but there has to be something not soft switching.  Any insight would be appreciated.

Have you checked that all pins have good connection to the mainboard?

Are there any bad/broken solder joints?

Rechecked the seating of the '151 at A9, and all the chips, I had replaced.  Pulled the motherboard and checked the tracks and soldering of area in question.

Thought, "That's a lot of jumpers off A14", until I realized there are no tracks/traces connected to A14.  Earlier REVs and the Apple II don't have a chip at A14.  Have investigated, but cannot seem to locate circuit block/schematic diagram for this board, 820-001-07. ©1979.

Still at a loss. 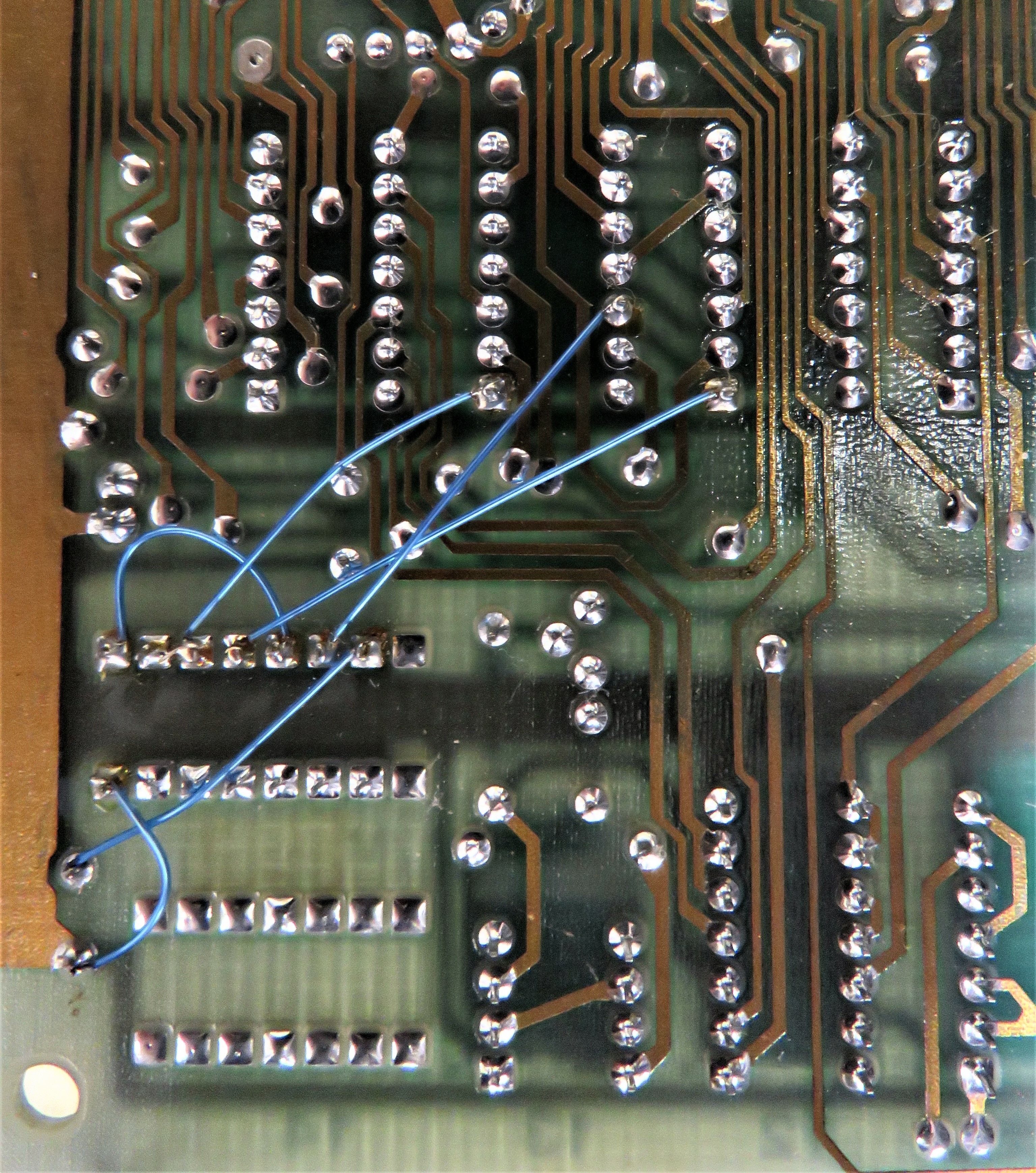 It is obvious that pins 9 and 10 are soldered together which makes no sense when you break down the logic of the chips. 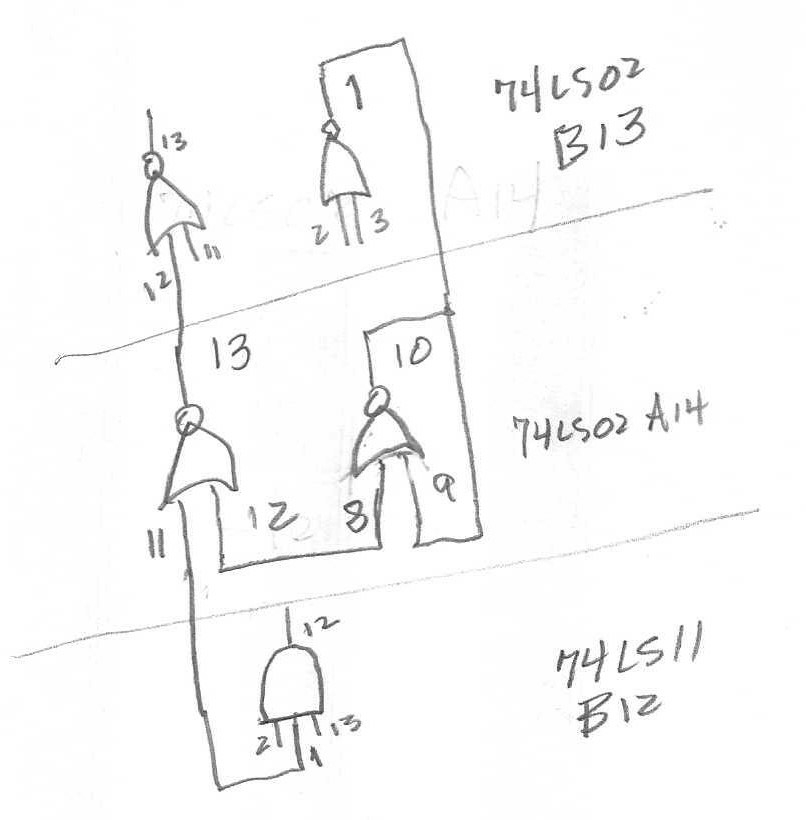 On the Apple II, in monitor, entering

On this Apple II+, in monitor, entering

*C051 returns:  Machine hangs and has to be rebooted from power up

My IIe did something very similar (text when you put it in graphics mode) shortly before a RAM chip completely failed, causing boot failure with a screen full of garbled text.

There is no dot on the motherboard to indicate pin 1 for the 74LS04 at A14 (it is 90° from the rest of the chips).  The best/worst of my investigation to determine its orientation  caused me to put the chip back in backwards.  Turning the chip around so the notch faces outboard resolved the problem of no graphics modes.

Thanks to everyone for their assistance in this matter.  I am humbled.

For revision specific information, including schematics, I would suggest Winston G. Gayler's The Apple II Circuit Description: I found a PDF at mirrors.apple2.org.za:

Appendix B focuses on the Apple II motherboard revisions, including the early Rev 7 which did not use A14 and later Rev 7 boards which do use A14 (for improved text mode color killing) .  Pp 151 also notes, under "Revision 7 Non-RFI Mother Board", that:

"Note that A14 is inserted into the circuit differently on Rev 7 boards that it is on RFI boards."  (I made that mistake too, comparing a troubleshooting board to a unbuilt kit RFI board.)

The Rev specific schematics you asked about are there as well.