HOW TO MAKE A POWER SUPPLY CABLE FOR APPLE-1

This technical note for Apple-1 builders deals with making the power supply cable from the transformer(s) to the J1 pin header using easily obtained connectors I prefer to call "CFH" but known in the industry as "IDT", "IDC" or "MTA" connectors shown in this photo:

"CFH" stands for "Connector From Hell", my term for them, because over my professional career they did cause me lots of grief and trouble and wasted time, and IMHO they are no good but evil, hence, the "CFH". But with a little bit of out-of-the-box thinking, hobbyists like us can exorcise their demons and then use them successfully in homemade Apple-1 power supply cables, a feat which is all but impossible with the real "Molex" brand connectors, which can't be crimped properly by hobbyists. Don't even think a "crimp tool" like this: 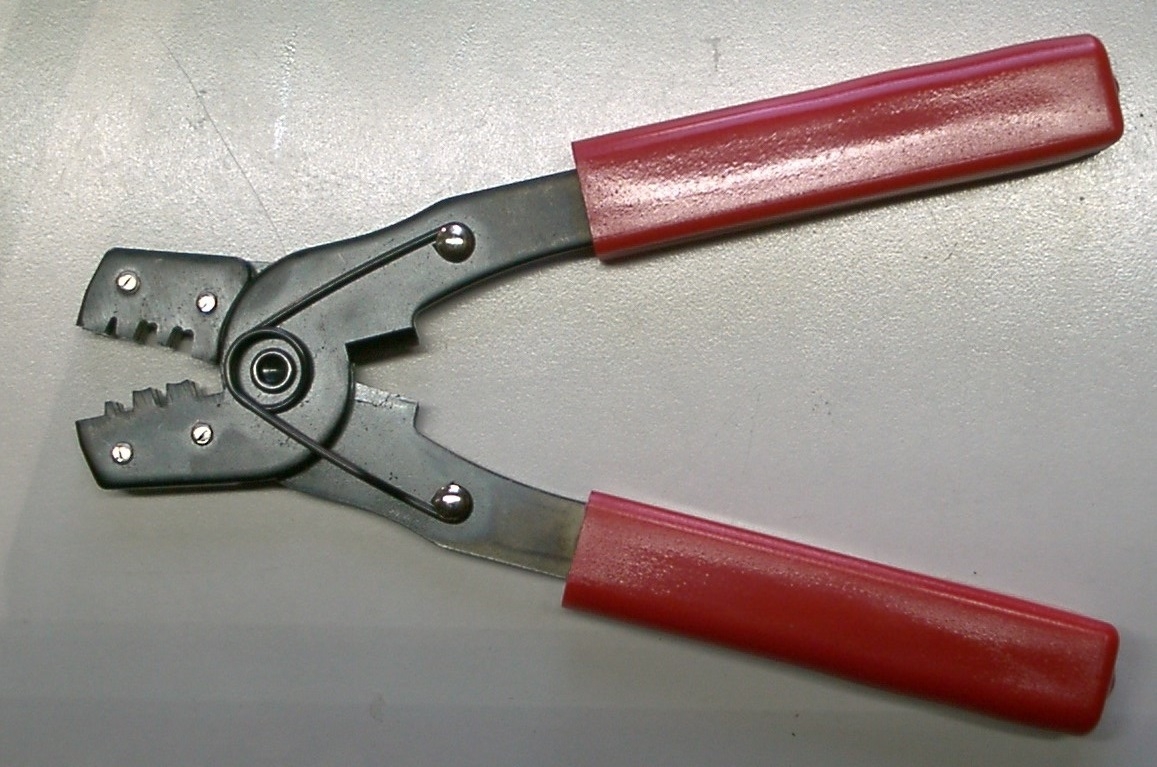 could ever make a reliable crimp for Molex pins. If you try, you are likely to create a fire hazard lurking in your Apple-1 build. Just don't do it ! Leave Molex connectors to the industry which uses fully automatic or semi-automatic crimping machines costing five figures, and only those do consistently produce gas-tight and reliable crimps that can carry the full specified current without getting hot and hotter. Understand now where the fire hazard comes in ? It lurks in the J1 connector, pins 1 and 2, which carry more than 2 Amperes. Close to the 2.5A maximum rating for these Molex pins. Which requires perfect crimps a hobbyist can't possibly make. So don't try that. I will show you an alternative.

Uncle Bernies foul trick disclosed in this post misuses the easily procured and abundant CFH in a way never imagined by their manufacturers, but if done with some skill the outcome is a neat and reliable, homemade cable that stands up to the typical use in Apple-1 systems well. No special tools are required, which is good.

Core idea of the trick is to gently push pre-tinned stranded wires into the connector using punches and a small hammer and then solder them in place: 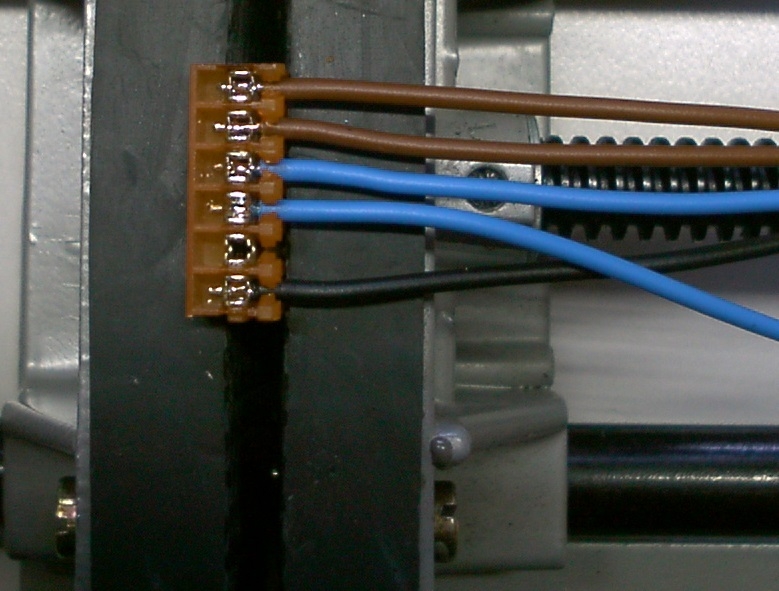 A more detailed writeup will be published on this site if you respond to this post and tell me you want to know more. I just don't want do spend my valuable RQLT on writing up stuff that nobody reads. (RQLT = Residual Quality Life Time).

As an appetizer, here is a photo of the resulting cable: 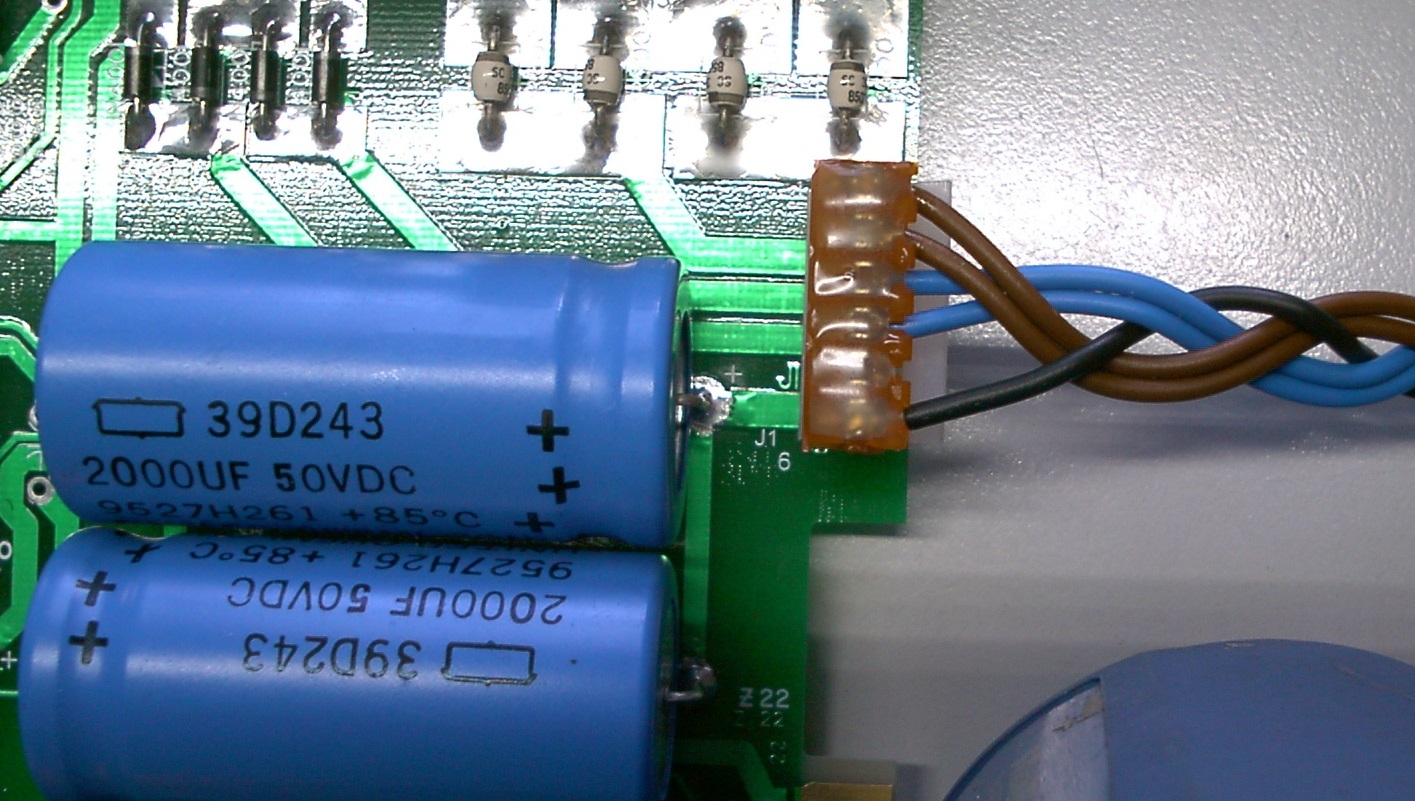 Which costs almost nothing to make, except for some time.

(To prevent questions why I don't connect pin #5, it's not needed. This "ground" carries only a low current. And if pin 5 of J1 is snipped off, which I recommend, there won't be a short of the 10Vac transformer secondary winding if the connector is put in wrongly, that is, turned 180 degrees from the photo. Which may happen as the CFH here is used already turned by 180 degrees to avoid the locking tabs to engage. A convenience to make disconnections easier without breaking off fingernails, and it also looks better: otherwise the wires would run over the PCB. But it sets a trap for those who insist to put in this connector into J1 in the orientation originally intended by its manufacturer, where the locking tabs would engage. So take care and stay safe !)

Thanks for sharing! Your handiwork looks quite nice, and I'm definitely interested in learning more.

Since you're familar with the connectors, you can probably help me with something I've been wondering anyhow. Are the male headers on the Appl e 1 for power and video the Molex KK156/KK396, or the TE/Amp MTA156? From photos, they look a little more like the Molex to me, but it seems hard to tell.

What is the pitch of the power supply pins on the PCB?

I was thinking of using a MOLEX connector.

Do you think they are suitable?

Based on now 2+ years of experience with these connectors on the Apple-1, here is another 'Uncle Bernie' tip:

Do not abuse these connectors ! They are not meant to be plugged and unplugged all too often !

These connectors do have their merits, they are cheap, still being made, available, can be installed with no special tools, but the "Connector From Hell" nickname is well deserved. If you plug them in and out all too often, they will develop poor contacts and on the power supply cable this means the contacts may get hot and start to melt the plastic shell. No immediate fire hazard, though, because the plastic has flame retardents in it. It just develops a nasty stink.

So, please don't abuse these connectors. Plug them in an then let them stay plugged in. This greatly diminishes the risk of plugging them in incorrectly at times. If the power connector is plugged in offset by 1 pin, the small 24V transformer will get fried and die, smoke distress signals, and all (don't ask me how I know).

In the meanwhile I had to replace these connectors on almost all of my power supply cables for my burn-in rigs. Each of the rigs has produced between 10 and 20 IC sets (the latter is for the first four, I have built three more much later) and due to the procedures I use (the rig is moved from the fireproof burn-in site to a working table) the number of plug/unplug cycles on each connector is twice that. This exceeds the number of cycles specified by the manufacturer by far. These connectors are meant to be plugged in once ! And maybe once again after replacement of a circuit board. They are not meant to be unplugged and plugged in repeatedly.

I know of one case where the Apple-1 builder plugged and unplugged the power supply cable every time he got the Apple-1 out and consequenty after a while his Apple-1 stopped working, which has been traced to a failing connector (the header, not the pin row soldered into the motherboard). These headers are cheap (maybe $0.50) but replacing them is a lot of work.

So don't wear them out ! Keep them stay put !

Oh, and there is no better substitute unless you want in invest in a real Molex pin crimp tool for hundreds of dollars. For them, the pin is 2.5 cents each and lasts for maybe 50 insertions. But not forever, either. So there really is no much better choice.