This article originally appeared on April 5, 2016.

The Chinese 40W laser cutter, sometimes called the K40, has been around several years now, and prices have finally dropped below $400. After waiting for discounts to line up, I was finally able to purchase one last week for about $360 shipped. How bad (or how good?) is a $360 laser cutter?

The unit is larger than I pictured it, given the cutting size. The box is 37"x25"x16". With its weight and bulk, it was too large for me to get my arms around, so I slid it in the front door and unboxed it. 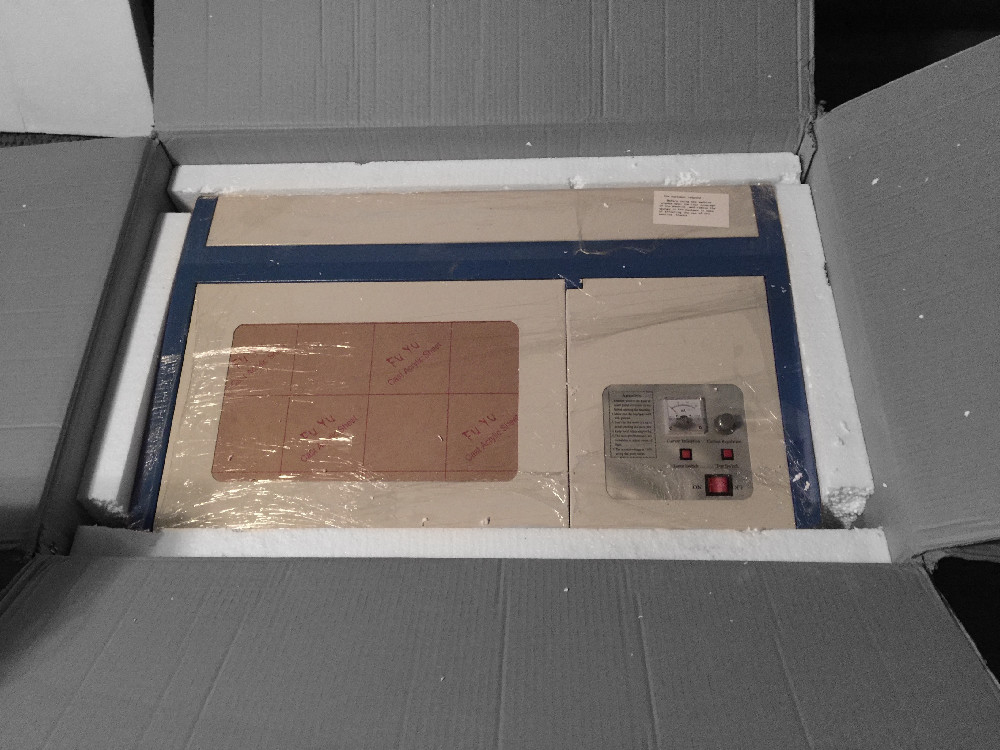 The machine itself is only 32"x20"x10". Unboxed, the laser cutter is awkward, but possible to carry. Mine came reasonably packed, with no apparent damage. It was shipped via Fedex Home Delivery from a U.S. seller, but still had Chinese labels on the outer box.

The accessories all came packed inside the cutting area. The exhaust hose is very cheap and thin. The exhaust fan looks chintzy, but is quiet and seems to run well. The water pump is an ordinary aquarium pump. The pump's box was opened, I believe to add the brass coupler in the photo below. 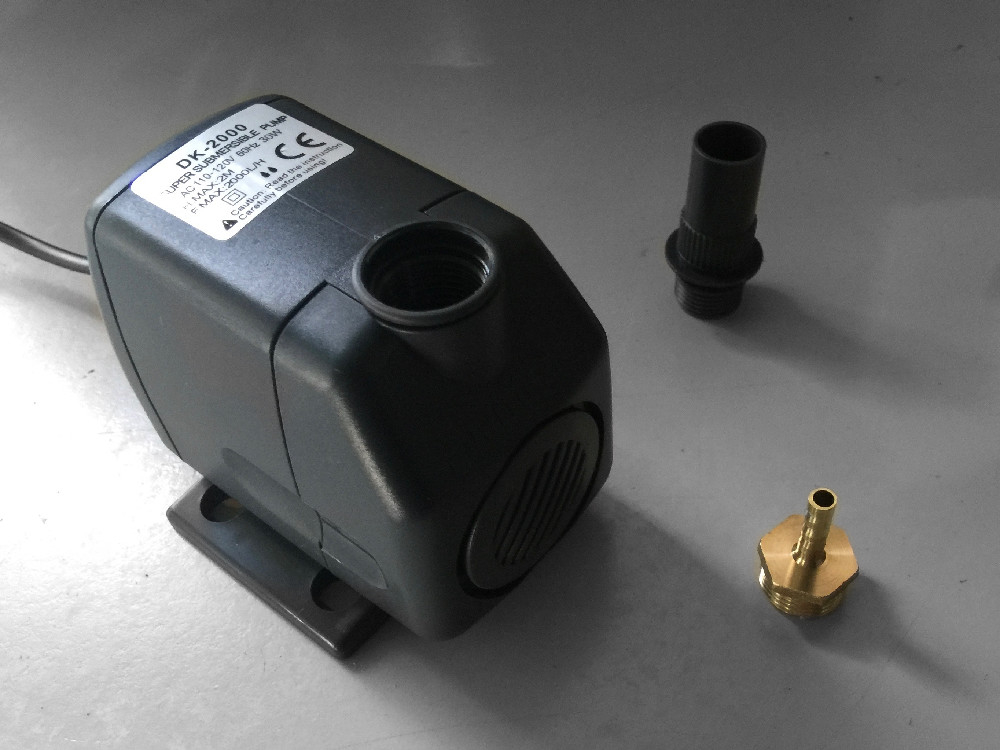 The hex fastener is too large to let the coupler screw on tightly. Since the pump is submersible, this probably isn't the end of the world. I'll probably put PTFE tape on the threads.

The cutter also came with a software CD, USB dongle, USB cable, power cable, tube of silicone, and a surprisingly nice "accessory bag", although I'm not sure what accessories I would put in it.

The cut area (300x200mm) looks quite small with all the extra parts removed. There's a lot of unused space in the power supply compartment. 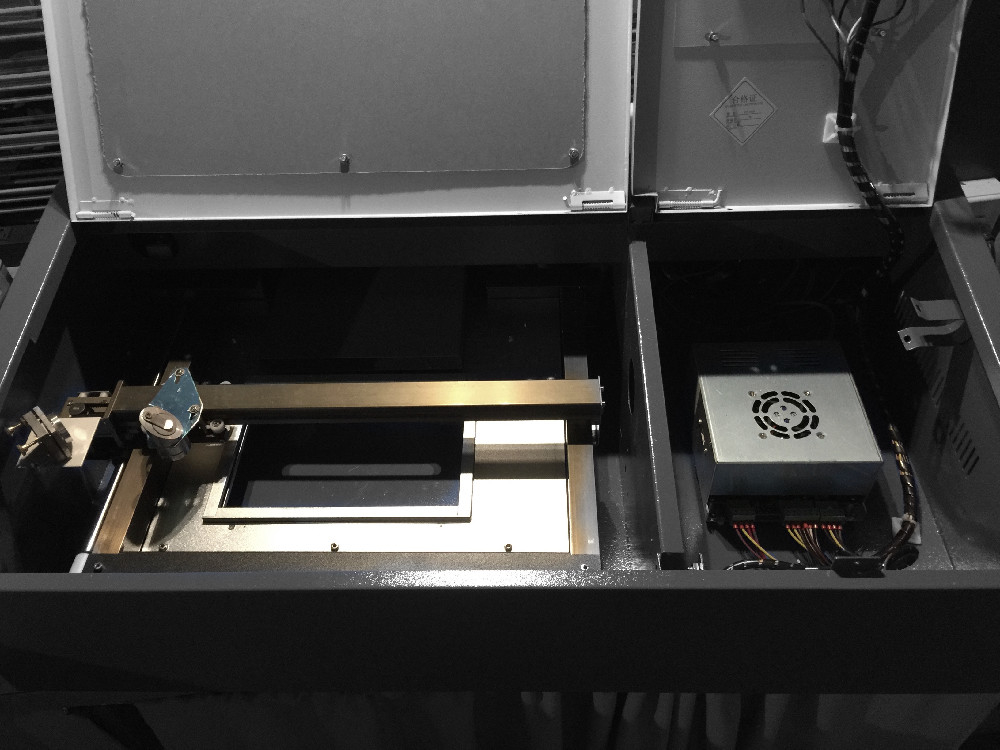 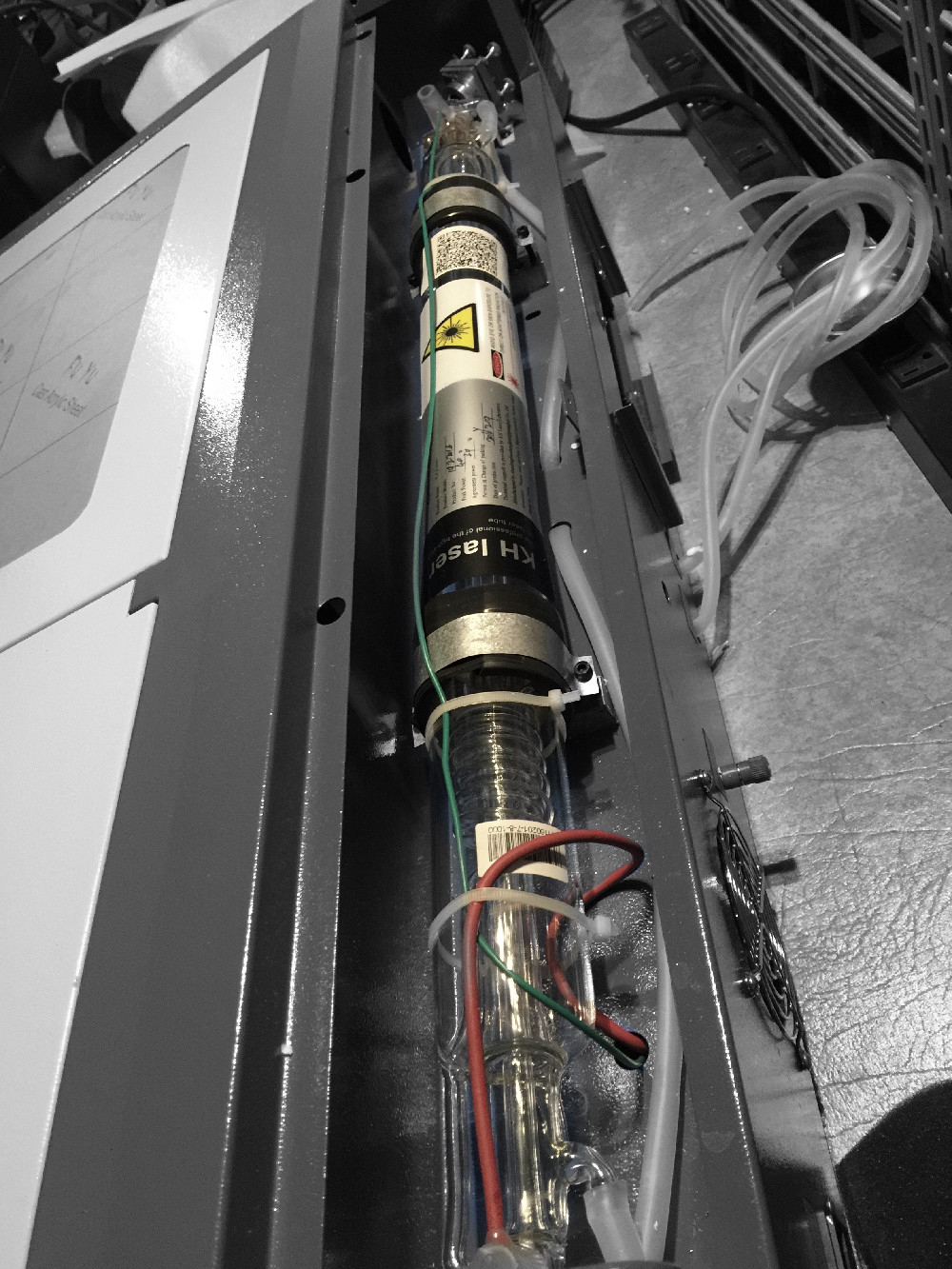 At this point, I need to read the manual on the CD and get ahold of some distilled water and a bucket with a lid.

So Tom, did you ever use the laser cutter?

Yes. It's about what you'd

Yes. It's about what you'd expect. The software is awful. The laser can cut 1/8" acrylic and Lauan in about three passes. I've cut a handful of objects with it, in those two materials. The small bed and thinness of the material limits what you can do with it pretty significantly. I use the 3d printer a lot more.

Thanks Tom.  That's too bad that it's so wimpy, but maybe you've saved someone else from buying it.