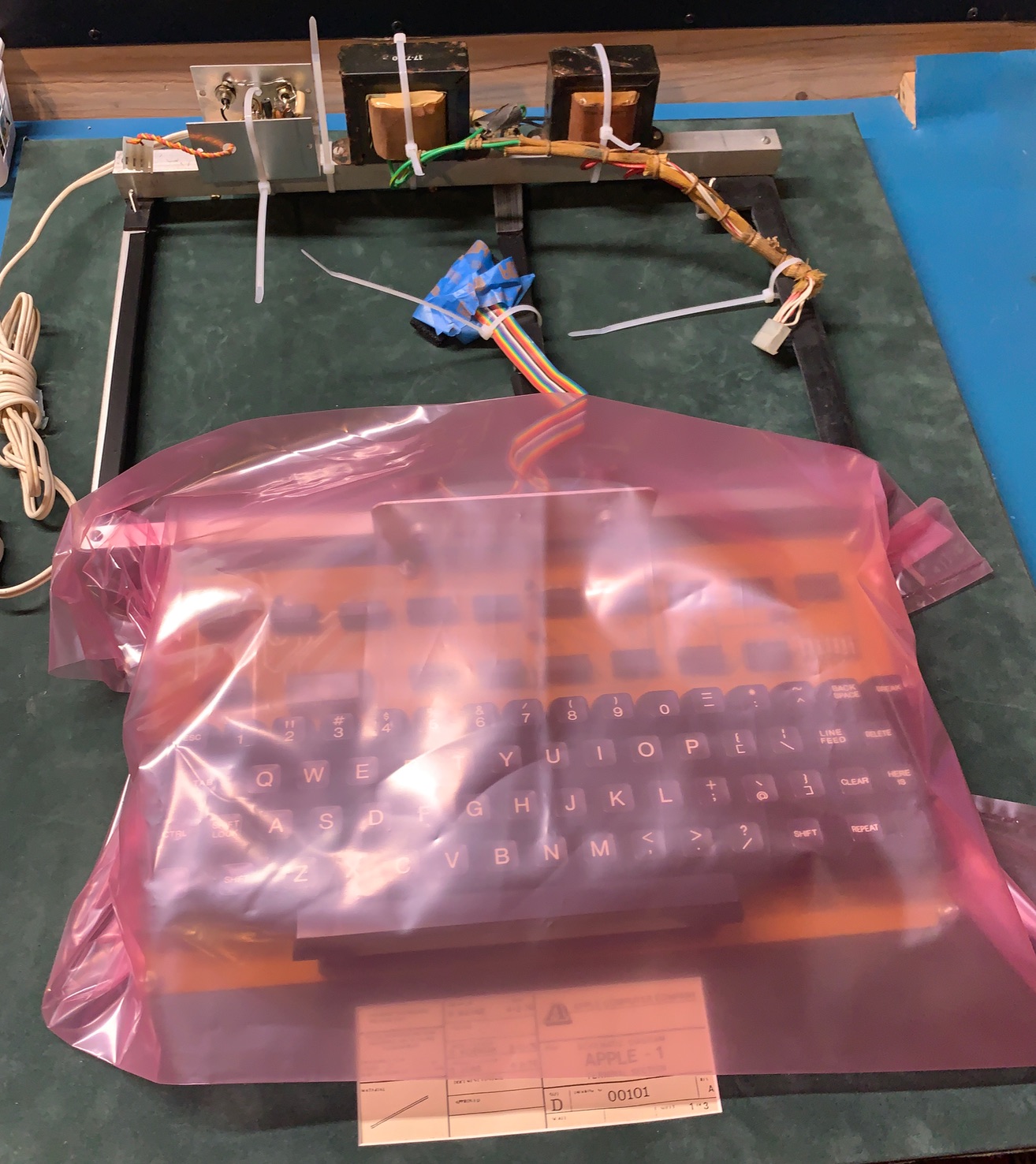 I already shipped off three keyboards and power supplies for those original Apple-1 that will be powered on where it will be impracticle for the owners to bring them.     I'll carry some more in my hand luggage. This will allow us to have demonstratrions of different original Apple-1 systems running thoughtout the show. For those who can't attend, we are going to try to live stream the Apple-1 owners talk on Saturday and are checking out the options we have.   On Sunday morning, we will be having a live interactive demo on the main stage with some audience participation. I didn't want this posting to sound like a marketing thing, so I appologize but when I got to my workbench and it was empty for the 1st time in a month, it reminded me how close VCF West is. Look forward to meeting some new faces in person,Cheers,Corey

What would be the link for the Live Stream and Appox time, So I can view it here in New Zealand. Since I'm un able to make it.

Here is the schedule in west coast time (California)

its the the first time VCF is live streaming so I apologize if there are any technical difficulties, however the Apple-1 owners meetup is later on Saturday so hopefully all the issues are worked out.

I think it will be streamed on the VCF YouTube account.  I’ll find out tomorrow if it’s not and will update you.

They were still setting it up for tomorrow when I left today. I was told there will be a link on the vcfed.org website but it will be using the vcfed YouTube account.

Just finished watching the VCF West 2019: Apple 1 Demonstration and really enjoyed it. And learnt a bunch of new things.

Here’s some news coverage of the event:

I wanted to attend as I live in San Francisco but I had to settle for watching Corey on our local TV station.  There he was on my high def TV set.  He  made me proud, good job Corey!

Thanks. It was an amazing show.

Lots of early Apple employees meeting up for the first time in years and many old friends connecting. People flew in with their Apple-1 computers from around the world.

We did the final count on the plane yesterday...

We had 17 unique Apple-1 computers on the floor, not counting the one downstairs on display at CHM, so 18 in the building. At one time we had 14 on display, we usually hovered around 10 to 11 with a minimum of two operating.

Krishna Blake operated his Apple-1 still in the original Koa wood ByteShop case all weekend long. I think it was Dan Kottke who remembered a trip with Steve Jobs to visit the guy who made them.

The team that flew in from Italy operated their original Apple-1 with a custom sound card they have created which plugs into the expansion connector. Daniel Kottke showed us his Apple-1 Mimeo talking to the internet and sending emails over a webservice. I think Dan may even be selling these machines in the future. Pretty cool to get a Mimeo built by the guy who was in the garage doing final assembly and testing back in 76. Anyway, I digress....

We repaired 4 Apple-1 and did some prep work on a 5th but we ran out of time.

I have to thank a lot of people who helped make this happen and whom we borrowed tools like an Oscilloscope, and of course the video monitors.

We did have a little snafu getting an Apple-1 onto a modern projector but live demo’s are always risky.

Thanks also to everyone who attended or watched on TV or over the internet.

I was there Saturday and it was indeed fantastic. Corey we met briefly in passing but I didnt want to bother you too much as you were busy at the repair table. Talking with Dan Kottke was mind blowing. I loved seeing the variations in Apple 1 builds. Dan actually mentioned to me you may be supplying Wendell's keyboard kits or pcb still? PM me if they are available. I would love to build one with obtainable switches for my Apple 1 build.

Yes it was very busy.  I think on Saturday I ate lunch at 7:00pm when we went to the dinner.

I don't plan on creating keyboard kits, it might have been a confusion because I had some ASCII keyboards we were using for the weekend that I was going to sell after the show.  At the end of the show, I sold one to an Apple-1 owner for use with his original computer.  The other keyboard is promised to another person, but I have to wait for it to be shipped back from California before I contact him.

At somepoint, I may look at finding another solution for PS/2 to Parallel, but I think there are some solutions out there made for the Apple II that can be hacked to work with the Apple-1.