In the CDrive thread (click here), many expressed interest in modern versions of the CDrive and CKeeper. I have had some discussions with possible candidates and I am willing to help in any way. I've also been asked if I ever did products for the Mac. Well actually there was a version of the CKeeper that I designed for the Mac which gave it the same instant-on, no booting, "sleep mode" that the CKeeper did for the //c. And this patented technology eventually led to the GuardCard which was briefly sold by Kent•Marsh. More on that later.

But first off a little more history on the CKeeper. While Applied Ingenuity (then just Ingenuity) was the only company to ever publicly announce the CKeeper, this product was originally designed for Checkmate Technology to augment their line of Apple II products. Checkmate's MultiRam series of cards spanned the full line of Apple II computers and added other functions (including a 65C816 CPU option). So the "CKeeper" was eventually going to be their ultimate RAM card for the //c. Unfortunately, they saw the rapid decline of the Apple II market and asked if I could help them transition into the Macintosh world.

This was during the time when the Mac Plus and SE were very popular and the typical 1MB of factory RAM (4 - 256K SIMMs) proved to be limiting. Plenty of 1MB SIMMs were being sold as an upgrade, but a pair could easily cost upwards of $1000. I knew Checkmate was sitting on a large supply of 1MB DIP chips and could get these at a very good price. So while most vendors were using J-Lead PLCC or SOIC SMDs (surface mount devices), I designed a simple SIMM card to use these DIP chips. It was indeed larger than the typical SIMM, but fit and worked fine in all Macs. And since these were basically a commodity item, price was everything. So Checkmate was able to sell quite a number of these.

At this time, I was also experimenting with the same "instant on" technology used by the CKeeper for use in a Mac. By adding a single chip to an ordinary SIMM memory module, I was able to duplicate this functionality. Since the Mac Plus did not have any expansion connectors or easy access to the CPU (like my previous efforts with the //c which had a socketed CPU), my initial results were interesting but probably not very commercial. It was hard enough to get consumers to open up their computers (which was not THAT easy and required special tools), but soldering various wires to certain components was out of the question.

Then the Mac SE came out with an expansion connector and things became much more exciting. The first circuit board was built and it could connect to four of our specially modified SIMMs. I saw this as a great marketing opportunity for Checkmate. They could immediately start selling these new "smart SIMMs" as a lower cost alternative to competing vendors. But these SIMMs (which worked fine by themselves) would also have a future functionality by connecting to a soon-to-be-released controller card.

The downside of this approach however was that anyone who had just shelled out thousands of dollars for a 4MB upgrade from somewhere else, would have to buy 4 new SIMMs from us to get this functionality. In the end, Checkmate decided that this would limit their market and so I had to re-design the board so that it could use anyone's SIMMs. This made for a much more elaborate circuit board, with SIMM sockets and "fake SIMMs" to plug into the motherboard. It also complicated installation, but the Mac Memory Saver (then shortened to just MacSaver) was finally ready to roll out when - like many before them, and certainly more to follow - Checkmate closed their doors.

One of the last things that I had added to the MacSaver software was a security feature that would require a password every time the computer was turned on. This was a big deal at the time and there were plenty of other password, encryption, etc. programs out there to prevent access to your computer and/or files. But none of them prevented someone from booting from a floppy or external hard drive and then accessing your files or worse yet, reformatting your hard drive!

Since the MacSaver had complete control of the computer when it was turned on, I could easily add a password logon feature that was built on hardware. This was the ultimate in security and could not be bypassed by booting from an external drive. The only way to defeat it would be to open the computer and remove the board. After Checkmate's demise, I went looking for another company to license this technology. While I never found anyone interested in the bulky MacSaver, one of the aforementioned security software companies, Kent•Marsh, was very interested in the hardware password feature. So I designed a stripped down version for the Mac SE, SE/30, and NuBus Macs that was briefly sold under the GuardCard monicker.

In cleaning out my archives, I have come upon several prototypes of these devices and may put them up for sale soon if anyone is interested. In the meantime, enjoy these life cycle photos of the MacSaver and GuardCard SE, SE/30, and Mac II. I've also posted a MacSaver demo video here: http://www.applefritter.com/content/macsaver-demo

First attempt at a Mac Memory Saver (for Mac Plus and SE): 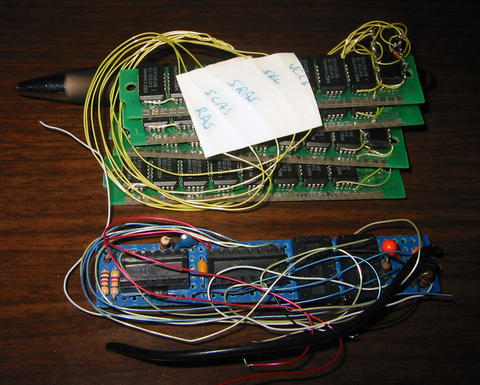 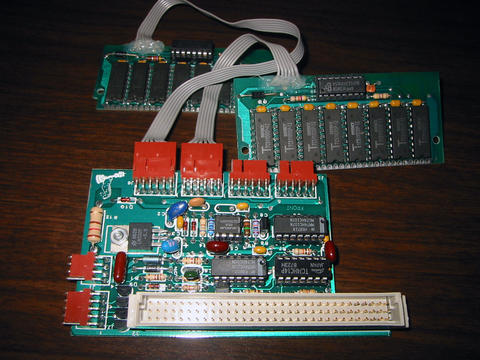 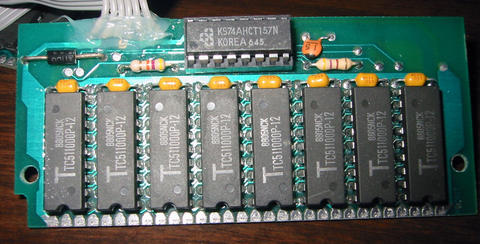 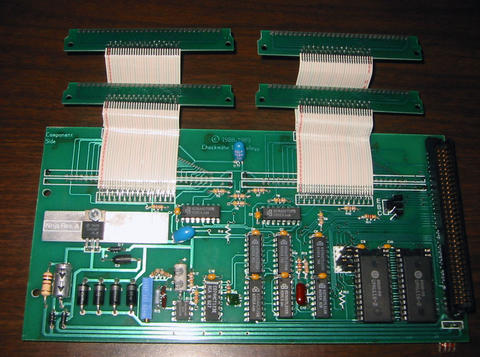 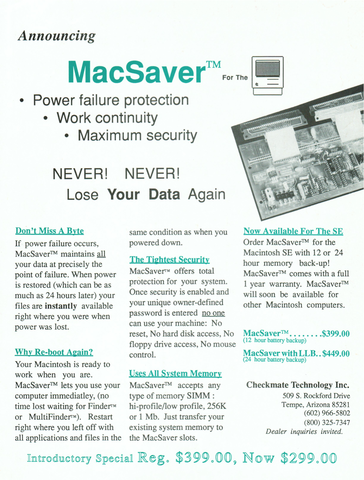 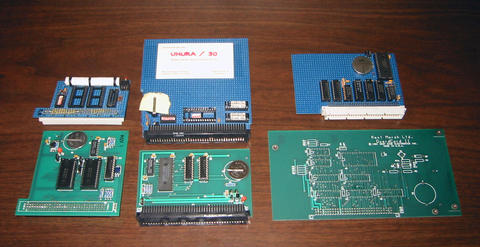 I've received many nice messages from Apple fans around the world who are amazed at what ALMOST came out for their beloved computers. Several asked for more info on GuardCard so here is a demo of it in a Mac SE/30.

Here is the zipped demo: http://www.applefritter.com/content/guardcard-demo.

Many thanks for sharing your development history on these products! So, none of the MacSavers made it to market? That's a shame! I had some questions for you to better understand this ingenious design, if you're up for indulging my curiousity. I'm a software, not hardware developer, so please pardon my ignorance.

For the universal version, I take it there are four standard 30-pin SIMM sockets on the bottom of that board? Could you provide a photo? It looks like there's only 10 mil spacing for the SIMM sockets, which I've never seen before. Did you use some type of double sockets (maybe flat or T config or one at an angle)? Are the connectors maybe fipped 180 degrees from each other?

Did you just power the RAM from capacitor(s), or is there a battery on that board that I'm not recognizing?

Is that 16k of static SRAM? Was that used in lieu of ROM for "firmware" that could be updated? I assume that the "firmware" would be exclusively for handing the login/pwd protection feature, and stores the password, as well, right?

What are are the jumpers for setting? Is one for disabling/enabling the login/pwd protection feature? The section labeled E/B/C isn't another set of jumpers, right?

Yes the 30-pin SIMM sockets on the back (i.e. top) of the board were mounted reversed from each other. You can actually see that in the picture from the black plastic mounting posts sticking through the board - one end has a larger post than the other. The RAM was powered from an AC adapter/battery external to the board, via the connector in the lower right. This was attached to the expansion slot connector panel on the back of the computer.

The static RAM was used like you said as "firmware." It was loaded via the setup application and maintained by the backup supply. The jumpers determined what type of SRAM was installed as well as a power jumper to quickly disable the board. The EBC labels are for the transistor mounted there: standard Emitter Base Collector configuration.

Hope that answers all of your questions. Of course it would be MUCH simpler to design such a board today. Probably just replace all system RAM with SRAM. In fact, even the CKeeper board could be re-created this way. I still hold out hope that someone might take one of the currently available SRAM boards for the Apple II series and add these features.

Don't know how, but there's a Mac Memory Saver for sale on eBay right now! Seller doesn't know what he has and it might be missing the transformer/battery and software. But it is truly RARE like it says: