Does anyone have image files from the floppy disks that came with the IBS AP14 floppy controller board?

IBS AP14 is a disk controller interface card for the Apple II computer, which was developed and distributed in the 80s by the company IBS Computertechnik in Bielefeld, Germany.

IBS AP14 came with patch disk software to use the operating systems DOS 3.3, CP / M 2.2, UCSD Pascal 1.1 and ProDOS of the Apple II computer. In addition, a test disk software for testing components of the interface card is included.

I fixed a bunch of hardware bugs on my personal IBS AP14 card and I want to test it now. For this I need the original patch discs from IBS. Especially from the IBS test disk I promise a lot, because the AP14 card is equipped with a complex SAB1793 floppy disk controller chip and a MC6844 direct memory access controller chip.

Unfortunately, the disk image files on the appleii-box website (IBS AP14 Industrial Drives Controller) do not work, since most are only filled with 00 bytes.

I looked at all the disk image files with a hex editor:

An image file from the EPROM on the IBS AP14 card with the boot programs for the Apple and industrial drives also helps me with my tests.

Many Thanks. Kind Regards.
Klaus

I believe that this is the ROM image you are asking for... even that the file name is written incorrectly as "IBS AP-41 ROM.bin" instead of "IBS AP-14 ROM.bin.

tokabln wrote:
I believe that this is the ROM image you are asking for... even that the file name is written incorrectly as "IBS AP-41 ROM.bin" instead of "IBS AP-14 ROM.bin.


This EPROM seems to be bad before reading. Some bytes are good, a lot are bad. I think this is no valid code.
I found a version which is probably in good condition. But I haven't tested it:
http://www.ralf-kiefer.de/A2/AP14.BIN
If this is working, please give a response

http://www.appleii-box.de/003_appleboxdownload.htm
AP14 is in the last part of page together with links to disk images

speedyG wrote:
AP14 is in the last part of page together with links to disk images

Hello Ralf,
i didn't recognize page of my site to be the source you used.
I'll check within next 48 hours and correct that. 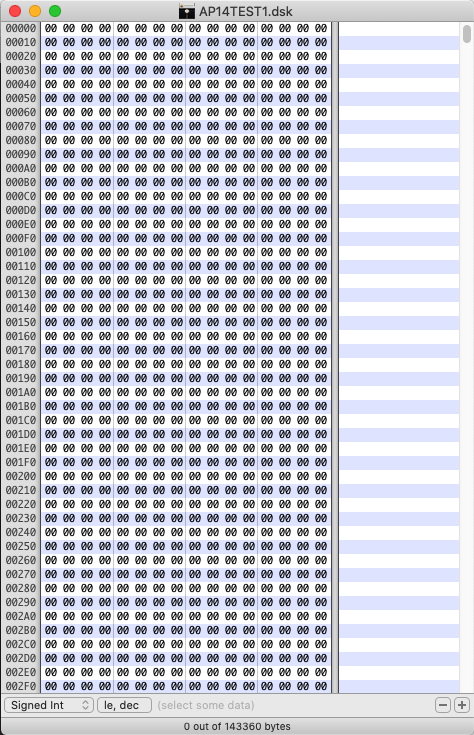 Too bad, even after more than a year, IBS AP14 disk images have not be done on the page http://www.appleii-box.de/003_appleboxdownload.htm. The broken disk images AP14B.dsk, AP14CPM.dsk, AP14CPM2.dsk, AP14PRODOS.dsk, AP14PRODOSB.dsk and AP14TEST1.dsk are still embedded there. Is there any chance that they will be exchanged for working disk images? SpeedyG, do you have the right patch disk software for the IBS AP14 floppy controller board? Any non-fake answer is welcome.