I thought that it would be interesting to see a side by side comparison of two versions of the Steve Wozniak-designed Blue Box phone hacking device. There isn’t much technical information available, but two versions usually seen have either a raised keypad (the earlier versions) or a membrane keypad like the cased version at the top of each composite image. The membrane keypad would have been less expensive and it makes sense that cheaper parts would be sourced if they were ramping up production. Steve Jobs was marketing this and I’m sure he was finding ways to make the venture profitable. It seems that there were some changes to the circuit as well. The example on the bottom left of each composite is from a blue box that was auctioned in 2017 (the same example is shown at the top) and is the 2nd version. The example on the bottom right of each composite is from an example that is in a current Bonhams auction and comes directly from a friend of Steve Jobs who purchased it directly from Steve Wozniak in 1972. The consignor also had an Apple-1 that he had been sent by Steve Jobs and which we had sold. Based on the date in which it was acquired, this would be the original version of Wozniak’s blue box and likely assembled by Wozniak himself.

I’d be interested to hear if anyone could comment upon the differences between the two boards. Were the changes made just to accommodate the keypad substitution or was some other functionality altered? 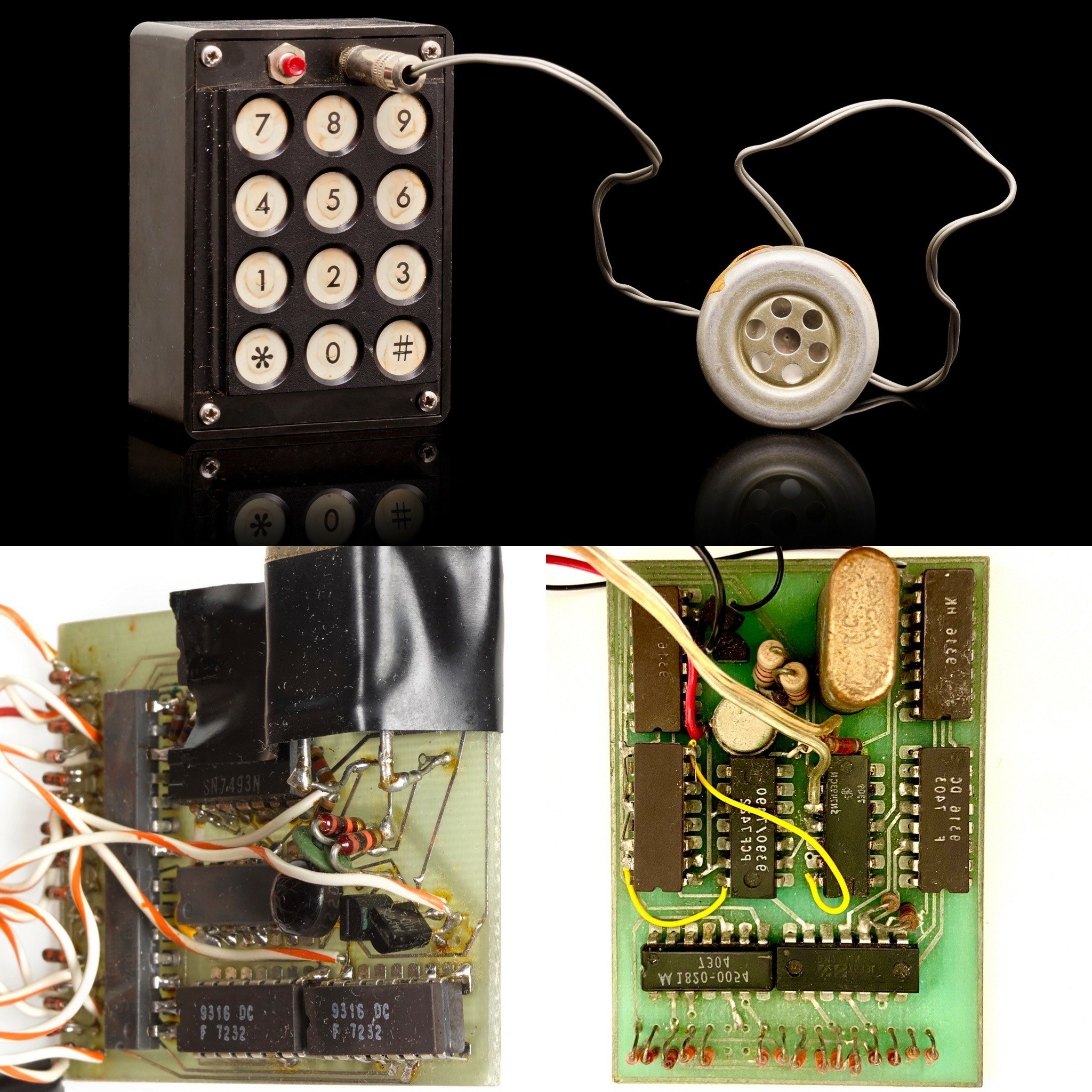 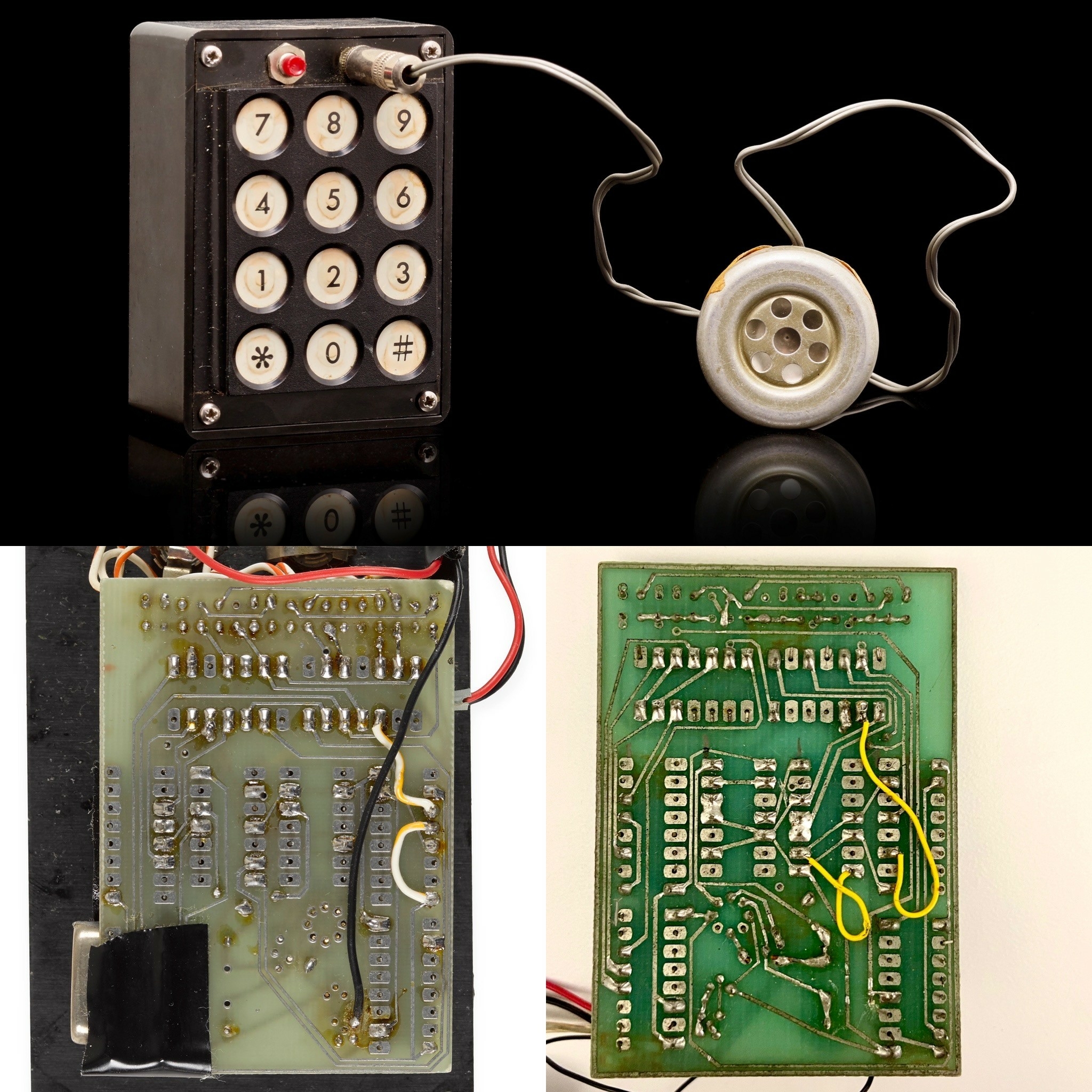 Thank you for sharing these photos.

Secrets of the Little Blue Box