Vintage Apple-1 Expansion board (not a replica or modern design)

So I also came across this little item and know people would be interested. The PCB has a copyright date of 1977.

So here are some high resolution scans.

FYI: The linked PDF is high resolution and at 1:1 scale and should print out correctly if someone wants to make their own PCB. The original is on that older style PCB material with the water marks that is unobtanium so I'm not worried about someone passing off one of these as original.

The embedded pics are at 150dpi and I can't guarantee the sizing... 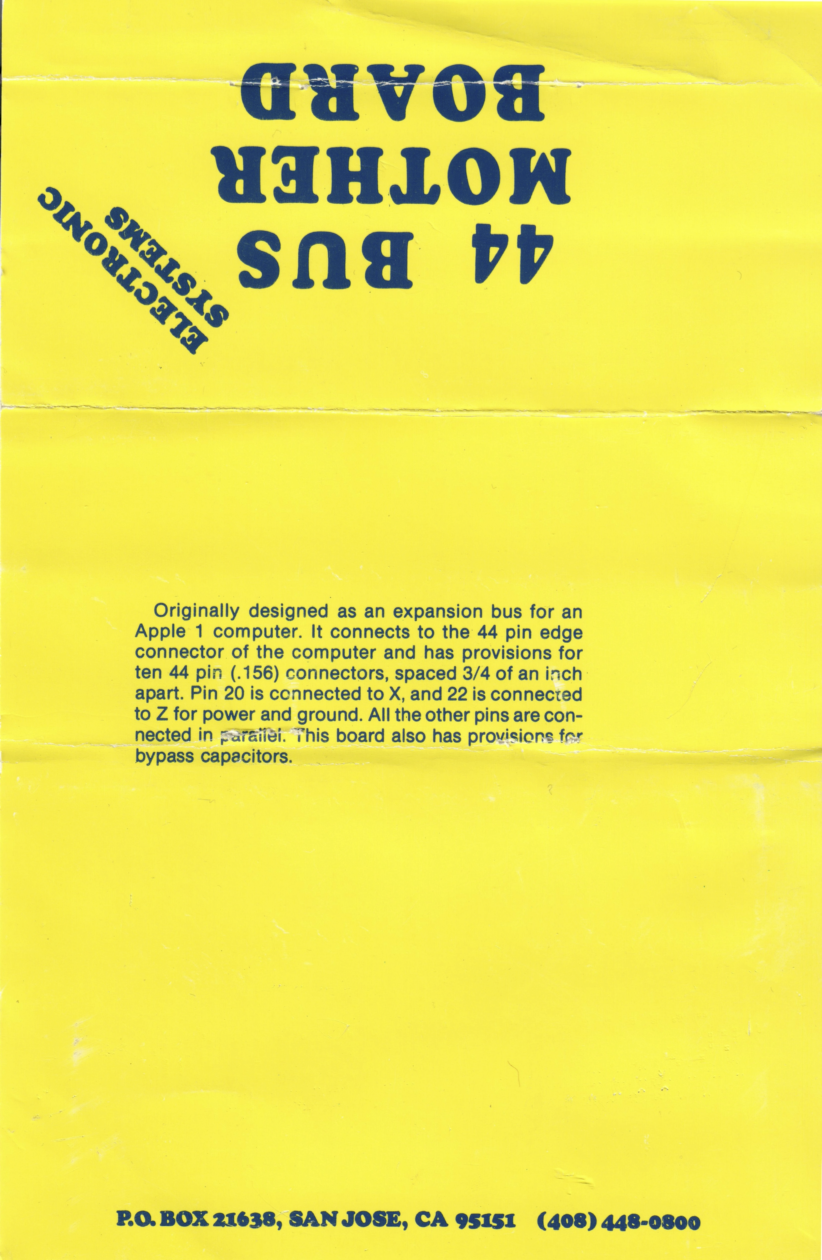 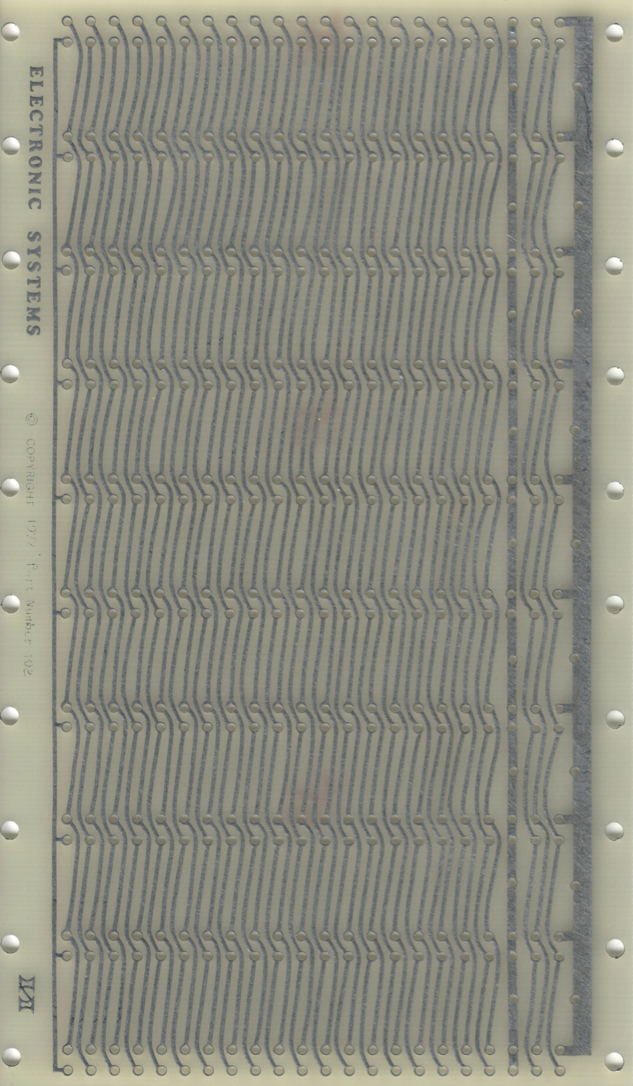 I thought this was the only time I have seen a vintage Apple-1 expansion card, but then I remembered Joe Torzewski had one on his Apple-1. Took a look at the pictures and it looks like he had this exact one but cut it down to 3 slots to fit in his case.

Also a bunch of people already emailed me to ask, so I’ll post it here so since I wasn’t clear in my original post, this isn’t my Apple-1 expansion adapter it belongs to someone else they just let me take pictures and scans.

my first thought - good luck to anyone trying to  getting that many cards working on the Apple 1 bus without buffering with some active logic like Wendell Sander did with his Apple 1 expansion card.

Corey do you mean the GT-6144 itself, or an adapter specific to the Apple 1 that interfaces between them?

I have a GT-6144, so definitely that exists and was sold in some quantity.  The adapter for the Apple 1 was, as far as I know, just some wiring you had to do yourself  (the 6144 uses some kind of parallel connection).  I'm not aware of anyone producing an actual adapter commercially to go between the two.

I figured based on the advertisement they had something specific. I guess not.

Thanks for the information.